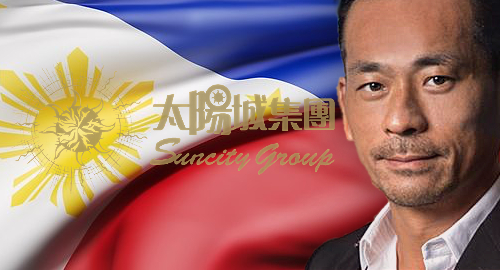 An affiliate of Asia’s leading casino junket operator Suncity Group has announced a deal to operate a hotel and casino in the Philippines.

Through a thick haze of subsidiaries, the deal will see Suncity buy a 51% stake in Suntrust, which has been granted the right to act as “the sole and exclusive operator and manager of the Main Hotel Casino” in the resort. This hotel casino will boast 400 rooms, 400 gaming tables and 1,200 slot machines.

Westside City is latest name of the project overseen by Travellers International Hotel Group Inc, a joint venture of Alliance Global Group and Genting Hong Kong, which has been touting its Entertainment City plans for five years now. The property has undergone several name changes while actual construction work has lagged. Originally scheduled to open in 2018, Tuesday’s filing said the project was now targeting a 2023 opening.

Suncity is no stranger to Manila’s gaming market, having been present at the 2013 launch of Entertainment City’s original casino property, Bloomberry Resorts’ Solaire Resort & Casino.

Suncity’s funding for this deal will come from its CEO Alvin Chau, who also controls the Suncity Group junket. Suncity Group Holdings focuses on commercial property development and VIP travel services, but is increasingly branching out into integrated resort management.

Suncity’s various offshoots recently joined the hunt for a Japanese integrated resort license, partnering with Bloomberry on a potential project in Wakayama. Suncity announced this week that it was enlisting the support of architectural firm Aedas to design what Suncity called “the world’s first IR 2.0,” which would combine the local “historical tradition, natural landscape and cultural essence.”

Suncity Group is believed to control as much as 40% of Macau’s VIP gambling business but Chau apparently has a more vertically integrated model in mind for his companies. Ironically, junkets are often referred to as middlemen by casino operators, but Chau appears to view the casinos as the middlemen he wants to cut out of Suncity’s picture.