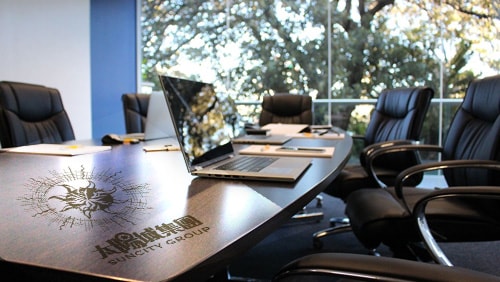 Suncity Group recently announced that it had entered an agreement to operate a hotel and casino in the Philippines. The deal would see the casino junket operator work in tandem with two local outfits – Suntrust Home Developers, Inc. and Westside City Resorts World, Inc. – to bring the project to life, and Suncity wants to do everything it can to make sure the plan moves forward before someone intervenes and decides another casino isn’t needed. To help that happen, the company is suggesting it be given a waiver so it won’t have to ask shareholders for their input before spending a major amount of money.

If Suncity can make a $200-million payment quickly, it will be in a better position to have the “right of use” of the project at Westside city Resorts World. The company is listed on the Hong Kong Stock Exchange and, according to the exchange’s rules, a shareholder vote is required before Suncity can spend that kind of money. A waiver is necessary to forego the vote and cement the beginning steps of the project.

Suncity CEO Alvin Chau, who holds 74.87% of the company’s stock, is obviously in favor of the deal and would vote in favor of the payment. If the waiver is approved, he would subsequently authorize the payment “by way of written approval of the Controlling Shareholder without convening a general meeting of the Company.”

Suntrust Home Developers is a Suncity subsidiary in the Philippines that the company recently picked up. This entity would ultimately be the one to sign off on the check, which would be used to cover payment for use of the property, as well as for reimbursement of construction and other expenses. In return, Suntrust will receive a lease for the property and, once the site is developed, would become the “sole and exclusive operator and manager of the Main Hotel Casino.”

The initiative comes as the Philippine Amusement and Gaming Corporation (PAGCOR) has announced that it wants to sell three pieces of land in the Manila area. One measures 3.67 acres and is in the Entertainment City area of Parañaque City, the second is south of Manila and measures four acres, and the third is about 0.8 of an acre in Cavite. Combined, all three are reportedly worth about $62 million.

While the new areas may grab developers’ attention, PAGCOR emphasizes a very important detail about the properties. The gaming regulator points out that none of the properties include gaming licenses and explains, “It is understood that ownership of the property does not confer to the winning bidder the right to operate gaming facilities and business. A casino license or license to operate gaming operations is NOT part of the sale of property. Hence, the winning bidder of the property shall neither have right nor authority to operate a casino or any other gaming operation.”

While President Duterte has eased up somewhat on his anti-casino stance, there is still not a free-for-all policy for gambling in the Philippines. By securing the payment as quickly as possible, Suncity hopes to secure its future with the new project and prevent any obstacles from standing in its way.