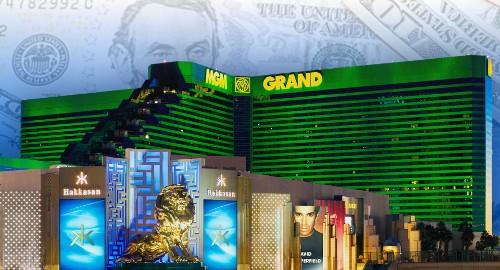 Casino operator MGM Resorts has sold the land under its MGM Grand property in Las Vegas, the latest in a series of major divestments intended to boost the company’s cash stockpile.

On Tuesday, MGM announced that the real estate sitting underneath its MGM Grand casino in Las Vegas was to be acquired by a joint venture of MGM’s real estate investment trust MGM Growth Properties (MGP) and Blackstone Real Estate Income Trust (BREIT). The transaction expects to close in Q1 2020.

MGM will receive approximately $2.5b as a result of the deal, consisting of $2.4b in cash and $85m in MGP operating partnership units. The MGP/Blackstone JV – which will be 50.1% controlled by MGP – will also acquire the real estate under the Mandalay Bay casino in Las Vegas. Both properties will be leased back to MGM for initial rent of $292m.

MGP has also reached a deal in which MGP can acquire up to $1.4b of MGM’s partnership units in MGP. MGM has 24 months in which to sell these units, and the company says it anticipates doing so “within the early part of that window.” MGP currently owns 66% of MGP but this will dip to 55% following the partnership units sale.

Tuesday deals follow last October’s sale of the land underneath the Bellagio casino to Blackstone, as well as the outright sale of its Circus Circus Las Vegas venue to regional operator Treasure Island. Those two deals padded MGM’s balance sheet by around $5b, and MGM says Tuesday’s deals will bring that total to around $8.2b.

Further deals appear likely for MGM Springfield in Massachusetts, MGM’s 50% share in the CityCenter business in Las Vegas, as well as the rest of its ownership stake in MGP.

MGM has been busy mortgaging its future as part of what it calls its ‘asset-light’ strategy, squirreling away cash in a ‘fortress balance sheet’ for a number of expansion projects, including the possibility of a very expensive Japanese casino license, as well as boosting its US sports betting and online gambling presence. But MGM also plans to make it rain for shareholders via share repurchases and dividends, possibly to offset any investor concerns over what damage all these new rent obligations might do to future balance sheets.