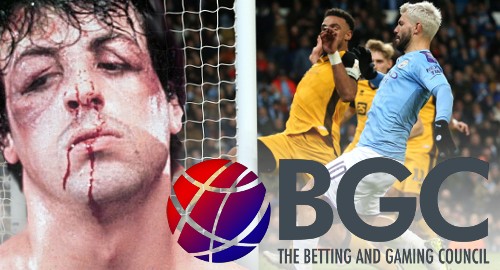 UK sports betting operators have blinked in their fight over football livestreaming, but the government appears unprepared to let the matter lie.

On Thursday, the Betting and Gaming Council (BGC) announced that its members “did not seek exclusivity for the rights to screen FA Cup games” and were therefore “happy for IMG to offer the rights to screen these games to the Football Association or another appropriate body so that the games can be viewed for free by the public with immediate effect.”

The BGC’s statement came two days after a media furor erupted over online betting operator Bet365 livestreaming third round matches of the FA Cup to active betting customers and new customers who made a £5 deposit. Bet365 inked a streaming rights deal in 2017 with rights agency IMG, which has a deal with the FA to sell streaming rights to third parties.

The BGC claimed its Thursday message was supported not only by Bet365 but also by fellow BGC members Flutter Entertainment, GVC Holdings, Kindred Group and William Hill. All of these firms had similar streaming deals in place since the start of last year’s football season, as do an undisclosed number of internationally licensed betting operators.

The BGC’s statement followed 48 hours of inexplicable silence by the industry’s new body that gambling critics were only too happy to fill. Labour MP Carolyn Harris raised the issue of the “shameful” streaming deals in parliament, leading Department for Digital, Culture, Media and Sport Minister Nigel Adams to say the government was “very angry” about the situation.

Before the BGC statement, Adams said he’d summoned the “embarrassed” FA to a meeting next week to examine ways of rescinding the betting operators’ streaming rights. Adams also urged other sports bodies to “look at their broadcast agreements” lest they too face governmental wrath.

Left unsaid in all this clamor is that the betting companies’ deals were only possible due to the failure of broadcasters or other firms to ante up to pay for the rights to stream these matches. The FA’s new broadcasting deal allowed it to stream all matches via its own website come the start of the 2021-22 season, so the betting firms’ exclusivity was coming to a close regardless.

The Tory government had already indicated its intention to review the 2005 Gambling Act with an eye towards restricting credit card use but Labour’s Harris said Thursday that “everything about the Gambling Act needs reformed.” A parliamentary group previously recommended a £2 maximum stake for online slots and the UK Gambling Commission recently put operators’ VIP programs under its microscope. At this rate, it will be a minor miracle if betting bosses aren’t all spitted upon pikes by summer.