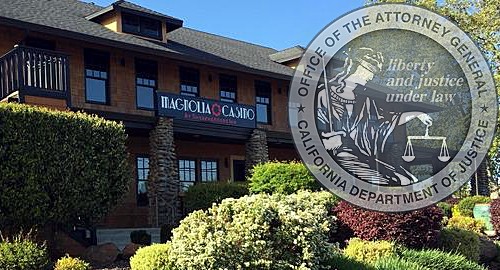 California’s scandal-plagued cardroom industry took all of six days in this new year to find itself once again in the state’s regulatory bad books.

On Monday, California Attorney General Xavier Becerra issued an emergency order to close the Magnolia House Casino, a 10-table venue in Rancho Cordova that Becerra claims was “seriously underfunded, threatening significant losses to patrons and players.” Becerra said the cardroom would remain closed until it could “demonstrate that it has addressed its funding issues.”

Said issues include the claim that Magnolia had failed to maintain a separate insured account containing enough cash to cover the total value of its gaming chips in circulation. These chips were sold to the Magnolia’s contracted ‘third party provider of proposition player services’ but the Magnolia failed to deposit the full sum into the designated account.

Third party proposition players serve as the casino’s house, playing against the other players at the table in games such as blackjack and baccarat, rather than player v. player as in poker, the game the cardrooms were originally set up to offer.

Worse, the Magnolia’s operators reportedly commingled these third-party funds with the venue’s operating capital “to cover operation expenses it could no longer meet.” Similar shenanigans brought about the demise of online poker giant Full Tilt Poker, which was caught in a liquidity crunch following the 2011 ‘Black Friday’ online poker indictments.

The Magnolia also ignored five written warnings and two notices to cure issued by the BGC from June 20 to December 24, 2019. The Magnolia “failed to take adequate, if any, corrective action” in response to these warnings.

Finally, the Magnolia’s majority owner, Thomas Sheridan, was found to have failed to disclose his interest in a limited liability company when he was undergoing suitability vetting for his cardroom license.

The Magnolia’s closure comes just one month after the state reached a $3m settlement with the Hawaiian Gardens Casino for misleading gambling regulators and violating the Bank Secrecy Act. The settlement was the latest in a long line of seven-figure penalties imposed on the state’s cardroom operators, whose attention to regulatory obligations has been found sorely lacking.

California recently proposed tightening the rules governing the cardrooms’ house-banked games, which are supposed to be reserved for the state’s tribal gaming operators. The cardrooms have mounted a fierce defence of their right to continue offering these games but their political supporters may run for cover if too many more of these regulatory cockups emerge.