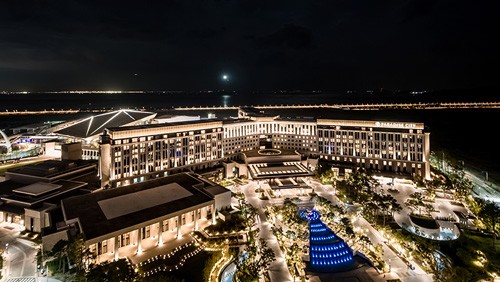 Grand Korea Leisure Co. (GKL) and Paradise Group, the two casino operators in South Korea, saw revenues swing substantially higher toward the end of last year, but only one of the companies was able to keep its growth strong throughout all of 2019. Across the first 11 months of the year, GKL was forced to report a slight decrease in gross gaming revenue of 1.1%, while Paradise enjoyed a year-on-year increase in casino revenue of 23%. With the final tally in for the year, Paradise now reports that its full-year gain was even slightly higher.

23.4% is the magic number for Paradise’s casino revenue gain going from 2018 to 2019. Last year, it took in around $670.69 million compared to $543.56 million in 2018. The bonus came as December proved to be an especially lucrative month at all four of the company’s casinos, Paradise City, Paradise Walkerhill, Jeju Grand and Busan Casino.

Table game revenue for the year increased 24.7% to $632.46 million and accounted for 94.3% of the company’s revenue across all of its operations. Slot revenue ticked upward, as well, but only by 5% compared to a year earlier. Slots gave the company an additional $38.23 million in revenue.

2019 proved to be a good year for the company, its employees and for shareholders. However, they weren’t the only ones that were able to benefit from Paradise’s performance. Paradise is always known for its social responsibility and charitable donations, and this year was no different. One particular charitable group, the Social Welfare Community Fund, was rewarded with a sizable donation in December.

According to an announcement by the company, its chairman, Phillip Chun, donated 160 million won (around $136,768) to the charity, which provides assistance to the elderly and to low-income families. The money will be distributed to the group’s offices in Seoul, Incheon and Busan, and Chun said of the donation, “We have donated funds every year in the hope that it will be a small devotion for our underprivileged neighbors who are suffering from economic recession and cold weather, but we hope to be hopeful. We will expand our sharing activities.”