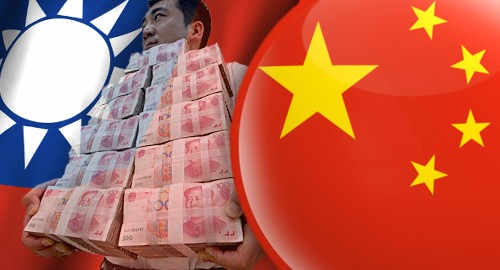 Authorities in Taiwan have disrupted an unauthorized online gambling operation along with the ‘largest known’ underground banking network moving money off the Chinese mainland.

On Christmas Day, the district prosecutor’s office in Taiwan’s Chiayi County announced that it had coordinated raids on 72 locations in multiple cities, including the capital Taipei, searching for evidence of underground banking and illegal gambling.

The raids were sparked after the disruption in August of an underground banking network that the authorities believe was an offshoot of the main network disrupted this week. Police have the alleged ringleader in custody while the man’s partner reportedly fled to the Philippines, where the ring has established a separate betting office.

The authorities linked the case to the online gambling tech support hub that was rumbled in Taichung City earlier this month. The ring offered sports betting and casino gambling via a number of websites, with most of their customers based in mainland China.

The Taipei Times reported that the authorities also relied on a tip from one of the ring’s bettors who’d wagered on the outcome of the January election, sparking concerns that some of the wagering proceeds were being funnelled to local parties that supported parties favoring closer ties with minaland China.

Police detained around 100 individuals and seized 65 computers, a couple hundred mobile phones, NT$5.5m in local currency, another NT$960k in international currency, six luxury cars, and 16 ‘large’ diamonds, including one with an estimated value of NT$6m ($200k).

TENCENT GUARDING CHINA’S NETIZENS FROM GAMBLING HARM
Beijing’s intolerance of online gambling operators catering to Chinese citizens has ratcheted up this year, and this week saw the feared Ministry of Public Security team up with Chinese technology giant Tencent to announce the start of ‘No Gambling Month.’

The stated purpose of the event is to call on all aspects of Chinese society to educate themselves as to the alleged dangers of online gambling, to refrain from personally gambling and to work together to ensure a slow and painful demise for anyone involved in such scandalous activities.

Tencent has a program it calls Guardian, which aims to reduce “the harm caused to the internet” by those engaged in gambling, cyberfraud, pyramid schemes, etc. In the first 11 months of 2019, information provided to the authorities by the Guardian program resulted in 110 investigation leading to the arrest of over 3,700 suspects.