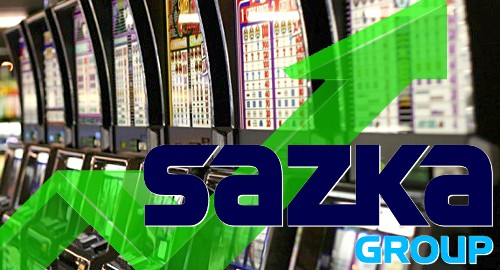 Czech lottery and betting operator Sazka Group saw its profits jump by more than one-quarter in the first nine months of 2019 and are poised to jump even higher in the new year following an acquisition spree.

On Monday, Sazka released its financial results for the nine months ending September 30, during which gross gaming revenue from continuing operations rose 6.4% to €1.37b, earnings jumped 18.5% to €429.6m and after-tax profit spiked 28% to €217m.

Sazka also booked profit of nearly €293m from the disposal this March of its Croatian gaming operations, including the market-leading SuperSport business. The disposal came after Czech investment group KKCG acquired the 25% of Sazka controlled by fellow Czech investors Emma Capital, which received the Croatian operations as part of the transaction.

Video lottery terminal (VLT) and gaming machine revenue jumped nearly 52% to €148.9m, thanks to the ongoing rollout of VLTs across Greece and Cyprus by OPAP, in which Sazka holds a significant stake.

Sazka’s ‘digital games’ segment more than tripled its revenue to €12.3m, while sports betting played contrarian by declining 5% to €189.8m despite a modest rise in betting turnover.

This month, Sazka increased its stake in land-based and online gambling operator Casinos Austria after fellow stakeholder Novomatic Group found itself embroiled in a political patronage scandal and decided to pull the ejector seat. Assuming the sale passes regulatory inspection, Sazka will hold a controlling stake in Casinos Austria.

Sazka is also looking to dramatically boost its stake in OPAP, having made a formal takeover offer this July. As of October 31, Sazka had boosted its OPAP stake to around 40% and Sazka continues to press for total control of the Greek operation.