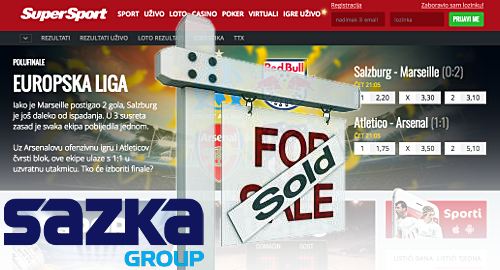 Sazka Group CEO Robert Chvátal celebrated the acquisition as a way to “gain access to an attractive market” while also strengthening Sazka’s position “in the dynamic sports betting sector via the internet.”

SuperSport began life in 2000 and quickly established itself as a major player in Crotia’s legal gaming market with over 300 retail betting shops and an online sportsbook. An online casino site launched in 2016, and the market’s first locally licensed online poker site followed in 2017. The company has a payroll of roughly 1k staff and its Croatian betting license is valid until 2025.

Local media reported that SuperSport generated annual revenue of HRK400m (US$64.5m) and a net profit of HRK170m in its most recent results, although this was down from the HRK480m in revenue the company generated in 2014.

SuperSport has reportedly been shedding market share to local rival Prva Sportska Kladionica, an offshoot of Hattrick Sports, which was acquired by Sazka’s Czech rival Fortuna Entertainment Group in 2017 for €135m.