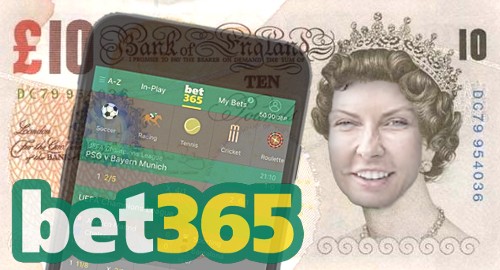 UK online sports betting giant Bet365 has turned in yet another stellar annual report, during which its revenue came within a whisker of £3b.

Bet365 is a privately held firm, so it has far greater leeway than its publicly traded competitors in deciding what information it makes public. Bet365 did reveal that its active customer ranks shot up 23% year-on-year, and those customers wagered nearly £64.5b in fiscal 2018-19, up 22.7% from the previous year.

In-play betting accounted for 79% of Bet365’s 2018-19 betting revenue, two points higher than the year before. Mobile betting revenue improved by 18% year-on-year, a nonetheless impressive but slower rate than 2017-18’s 29% growth, suggesting there’s fewer and fewer desktop holdouts yet to convert.

The World Cup necessitated a greater marketing expenditure but direct costs from gambling operations fell 11.5% to £359.8m. The company’s increased staff count – adding 636 new faces for a new total of 4,646 – pushed administrative expenses related to gambling operations up 13.4% year-on-year to £1.85b.

The revenue figure stated above doesn’t include contributions from the Stoke City Football Club, which is owned by the Coates family that controls Bet365. Stoke City FC’s revenue for the year totaled £82m but the squad still booked a net loss of £8.9m, although that was significantly better than the £22m loss in 2017-18.

Bet365 paid £106.5m in taxes in 2018-19, up from £78.2m the previous year. Still, the comparison between Bet365’s tax bill and its other financial figures – including the hefty remuneration claimed by Denise Coates and the other Coates family members – will undoubtedly spawn a number of grinchy op-eds over the coming days from the usual UK media suspects.

Bet365 will also stand accused of profiting off losing gamblers’ misery but the company claimed that its Early Risk Detection System was proof of its “unwavering commitment” to responsible gambling practices. The company is also in the early stages of testing machine-learning techniques to further bolster its methods of identifying harmful play and offering customers more options for reining in excessive behavior.