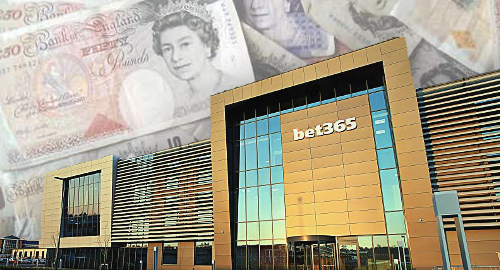 The privately-held Bet365’s most recent annual report shows overall gambling revenue of £2.72b in the 12 months ending March 25, 2018, an impressive 26% gain over the previous year. The Stoke-based firm’s gambling profits shot up by one-third to just over £682m during the same period.

It’s worth noting that the period in question predates the 2018 FIFA World Cup, so next year’s results should be one for the record books. For some perspective on Bet365’s phenomenal growth, The company’s revenue was ‘only’ £1.55b in the 12 months ending March 27, 2016.

Bet365’s customers wagered a staggering £52.6b during the fiscal year, a 12% year-on-year improvement. Active customer ranks grew 4% thanks in part to a significant boost in advertising spending, which drove direct costs associated with its gambling operations up 40% to £406.4m.

Bet365’s advertising spending may take a hit when the company delivers its next report, given that the industry is reportedly planning to impose new curbs on its promotional activity to avoid further sanction by UK regulators. Bet365’s ubiquitous television spots featuring actor Ray Winstone hawking the company’s in-play betting are among the industry ads most often cited by gambling critics.

Speaking of in-play, the segment accounted for 77% of Bet365’s sports betting revenue, five points higher than last year. Similarly, mobile betting revenue shot up 29% during the year, solidifying its status as the company’s primary wagering channel.

Expenses related to gambling operations hit £1.63b, with total staff costs rising nearly one-third to £646.8m as total headcount hit 4,030, up from 3,712 last year. Bet365 also doled out pay rises to unidentified staffers who were “key to the development of the overarching corporate strategy,” so take a bow, CEO Denise Coates and partners (brother) John and (father) Peter.

Tax payments shot up 78% year-on-year to £78.2m, while the company booked a nearly £22m net loss via its ownership of the Stoke City Football Club, more than twice the sum the club lost the previous year.

Bet365 closed out its fiscal year with a cash reserve of £1.8b, up from £1.4b the previous year and £1.1b the year before that. This leaves the company well-positioned to pursue US market expansion opportunities, such as the “strategic alliance” the company announced with New York’s Empire Resorts last week.