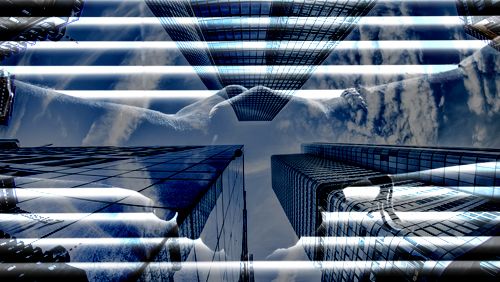 Colorado-based Century Casinos has just increased its sports gambling footprint in its home state. After the state officially stepped into the market at the beginning of the month, pending a major return of sports action around the globe, a number of sportsbooks have been issued licenses, including bet365. The two entities have now teamed up to offer online sports wagers, giving Century a home for its second of three online sports gambling licenses. Circa Sports picked up the first one, and the expansion into sports betting should prove to be a huge win for the casino operator’s bottom line.

Century didn’t lay out the details of how much the deal is worth, asserting on that the agreement with bet365 “is a 10-year agreement that includes a minimum annual revenue guarantee and a percentage share of net gaming revenue payable to the Company each year, with an advance fee being paid on contract signing.” The timing of the agreement couldn’t be better, as NASCAR racing is back on track, golf is teeing up with a number of events and soccer’s kicking things up with a return of the Bundesliga. More sports organizations are expected to get back in the game starting next month.

Being able to offer sports gambling options – especially mobile wagers – is going to help Century in a number of ways. Brad Boyer, an analyst with Stifel, is already getting optimistic about the company’s financial prospects, giving its stock (CNTY) a “Buy” rating with a price target of $12. That would be a nice run on the current numbers, which have been down considerably because of the coronavirus. On May 14, Century’s stock opened at about $3.17 and has climbed ever since, closing yesterday at $4.17. That range was already a huge improvement over the $1.08 the company saw at its lowest point to date this year, which happened on March 19 as casinos across the U.S. were forced to close as a result of the global health pandemic. It’s also higher than the company has seen since it hit its high of $11.16 in 2006.

Boyer adds, “The company’s current liquidity position is somewhat stretched relative to those of its peers, in our view, as net of cash needed to reopen the business, we estimate the company could endure a zero- revenue environment for an additional four months (August 2020). All told, we like the convenience-oriented nature of CNTY’s properties and expect the business to prove resilient on the other side of COVID.”

Like everyone else, Century has lost massive amounts of money because of the coronavirus. It released a financial update yesterday, admitting that the first quarter of the year saw it bleed out $45.9 million due to the casino shutdowns, despite an increase in revenue of $87.7 million during the period. Century is confident that it can handle the rough seas for now, thanks to around $50 million in cash it has available, but needs for casinos to be able to reopen in order to begin its recovery. The company is reopening its eight casinos in Poland as of this week, and will be gradually reopening its stateside venues as local guidelines permit.