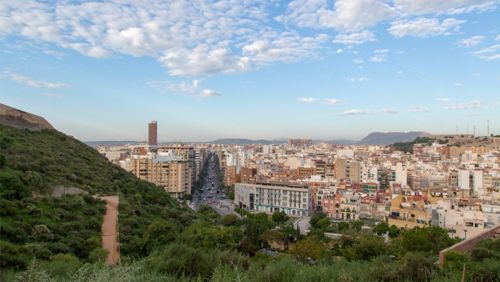 Austria-based casino operator Novomatic AG might be done with certain casino operations in its base country, but it is turning up the heat with new venues elsewhere. In a press release issued on December 9, the company announced that, at the end of November, it had just cut the ribbon on its third casino in Spain, this one located in the city of Granada. It’s the first gambling house to be located in the city in almost 100 years.

The new Casino Admiral Granada property is near the center of the mountainous city and includes live gaming tables that offer American roulette, Caribbean stud poker and blackjack, as well as 110 video slots with five different jackpots and electronic roulette offerings. The casino will also play host to local poker tournaments on a regular basis. A sports bar in thrown in for good measure and will provide coverage of a large number of major sporting events.

The company adds in the release, “To complete the high-quality entertainment and gaming offer, the Casino ADMIRAL Granada brought one of the most famous Asian restaurants from Seville to Granada: Kaori, which is famous for its exclusive variations of Sushi and excellent Teppanyaki dishes. The full-service offer at Casino ADMIRAL Granada is completed by a multifunctional event venue, equipped with state-of-the-art event and show technology. It is the perfect place to organize social events, seminars or business presentations.”

More than 800 people attended the grand opening, including local politicians and community representatives. The venue is part of Novomatic’s Admiral Casinos Spain arm and its managing director, Manfred Schartner, said during the event, “In our new casino in Granada, we offer innovative premium entertainment. Andalusia is a very important market for Admiral and Novomatic: three of the six casinos in the region are operated by our group.”

The first Admiral Casinos venue to launch in Andalusia, Admiral Casino San Roque, is located in the city of Malaga on the Mediterranean coast. The second to join the action is Casino Admiral Sevilla in the city of Seville, which opened this past June. That venue was previously the Gran Casino Aljarafe and went through a $6.7-million renovation before being reborn under the Casino Admiral name.