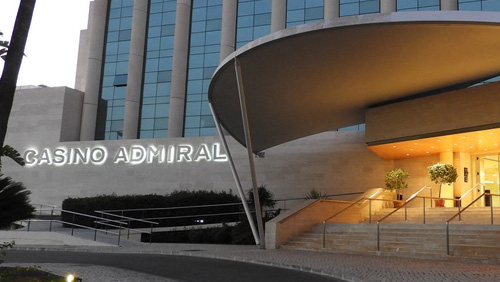 Novomatic AG has unveiled a new casino in Spain. The Admiral-branded venue is located near Seville in Spain’s autonomous community of Andalusia and was opened about two weeks ago following renovations that cost around $6.7 million. The venue is just part of the company’s plan to expand deeper into Spain’s countryside.

Casino Admiral Sevilla has 10,764 square feet of gaming space with more than 100 slots and an array of gaming tables that offer roulette, blackjack and poker. It’s a modern-looking venue located in the suburb of Tomares and also offers two restaurants and a sportsbook. Following the renovations, a new events center has been added, as well, the 5,382-square-foot Sala Tarsis. The new restaurants include the Kaori with a sushi bar and teppanyaki grill and the Miami Lounge Bar that offers traditional Spanish and Andalusian dishes.

The managing director for Novomatic AG’s Spanish operations, Manfred Schartner, said of the newly-renovated casino, “This fantastic re-inauguration of the Casino Admiral Sevilla following a complete refurbishment is another important step in growing our operational business in Andalusia and Spain. The positive feedback we receive daily from our customers and partners is a big motivation for us to continue our successful strategy.”

The venue had been previously known as the Gran Casino Aljarafe, the first and only casino around Seville. It was purchased by Novomatic in 2016 and plans were put in place then to upgrade the facilities. When the curtain was pulled at a ceremony on June 26, the event saw attendance from the mayor of Tomares, Jose Luis Sanz, the General Director of Taxes for Andalusia’s government, Manuel Vázquez Martín, and others.

In addition to Casino Admiral Sevilla, Novomatic is also behind Admiral Casino San Roque near Malaga on the southern coast. The company is also going to operate a new venue in Granada, which is expected to be open this September. It is being built at a cost of around $5.2 million and will create 200 new jobs for the city. Novomatic now operates physical locations in over 50 countries around the world, in addition to its gaming machine operations, which now total approximately 255,000 worldwide.