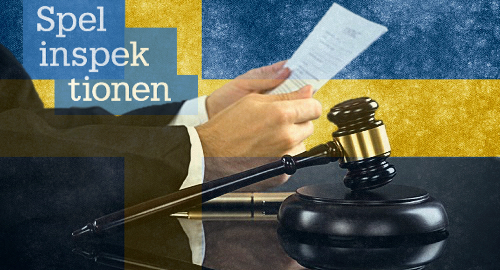 Sweden’s online gambling licensees are choosing to challenge rather than pay financial penalties imposed by the local gambling regulatory body.

Sweden’s Spelinspektionen regulatory body has been busy this year doling out financial penalties to the country’s new online gambling licensees. But Swedish media recently reported that only one of this year’s penalized licensees has so far paid its penalty, with the rest choosing to challenge their penalties in court.

The lone payee to date is Paf, the gambling monopoly in Finland’s autonomous Swedish-speaking Åland Islands region, which coincidentally was also handed the smallest fine to date, a SEK100k penalty for allowing gamblers who’d signed up for the Spelpaus self-exclusion registry to play on its site.

The other 50-odd licensees that have been lashed by Spelinspektionen’s regulatory strap this year are challenging their penalties in court. Many penalized operators have voiced the opinion that Sweden’s new online gambling regulations – particularly those involving advertising – are too vague for operators to understand when they’re crossing red lines.

Spelinspektionen director-general Camilla Rosenberg expressed disbelief at the operators’ position, saying she was “a little bit surprised that they think so much is unclear.” Rosenberg said Spelinspektionen and the government “do not share the industry’s opinion” on the alleged shortcomings of Sweden’s new gambling rules.

Swedish courts have so far delivered mixed results for operators who took issue with Spelinspektionen issuing them licenses that were shorter in duration than the standard five-year term. In October, the Administrative Court in Linköping upheld the two-year license issued to Cherry AB while the same court sided with LeoVegas, saying Spelinspektionen had no justification for limiting that company’s license.

Last week, the Linköping court also sided with Videoslots Ltd, extending the two-year license it was issued by Spelinspektionen last November to the standard five-year term. As with LeoVegas, the court found that the fact that Videoslots had been penalized by the UK Gambling Commission was insufficient grounds for limiting its Swedish market license. Spelinspektionen said it doesn’t intend to appeal the ruling.

Meanwhile, the Swedish market’s uncertainty hasn’t put off operators from continuing to seek local licenses. Last week saw Spelinspektionen issue a license to Avento MT Ltd for its Frank Casino and Slot TV online casino brands. As of December 6, there were 94 operators with active Swedish licenses, 67 of which were for online operations.