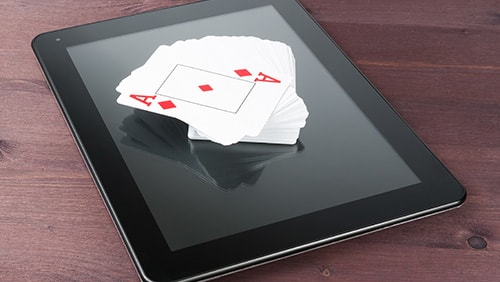 The sports gambling scene in Iowa continues to grow, hoping to take on leaders Nevada and New Jersey in the amount of revenue generated. The legalization of online sportsbooks should help in that race, and two more have just been added to the list. PointsBet and Q Casino have now officially launched their sports gambling apps in the state.

Australia-based PointsBet just opened its retail sportsbook in Iowa this past August at the Catfish Bend Casino. It has now moved into the digital realm with the launch of its online operations after receiving approval from the Iowa Racing and Gaming Commission (IRGC). Those state residents who want to take advantage of the platform have to first appear at the casino to register, per a state law that is expected to remain in effect until January 2021.

Q Casino launched its online sportsbook on November 8, following approval by the IRGC. It’s located in Dubuque, the site of its similarly named brick-and-mortar casino. IGT was selected as the vendor for the application, but everything will be operated by Q Casino. As is the case with PointsBet and any other online sports gambling operation in the state, gamblers will need to first visit the venue to register.

Iowa’s sports gambling industry is gaining strength and seeing a lot of attention. William Hill already has four operations in the state and Elite Sportsbook has three retail locations, as well as a mobile app. A new retail sportsbook is now being added, as Casino Queen Marquette received approval by the IRGC last Thursday to flip the switch on its operations. It was the last in the state to join the group, and now all 19 licensed casinos in Iowa have their own sportsbooks.

Since sports wagers were first offered in Iowa this past August, the market continues to find greater participation. Just like in most states, there is a ramp-up period as people adjust to the new offering, but things have gotten off to a good start. The IRGC reports that the 18 retail sportsbooks that were in operation (before the inclusion of Casino Queen Marquette) saw a retail handle of $42.2 million and net revenue of $7.7 million since the market launched in August.

Online sports gambling, however, has already taken the lead and, through October, reported a combined handle of $51.4 million with net revenue of $5.1 million. Give the local market another year, and all of the figures are going to be much higher than they are now.