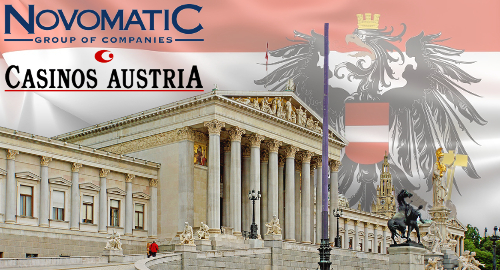 Casinos Austria is at the center of a growing corruption scandal that extends to the upper reaches of the country’s political powers.

On Tuesday, Austria’s parliament launched proceedings to establish a committee to investigate allegations of corruption in what’s become known as the Casino Affair. The affair centers on allegations that government officials colluded with gambling operator Novomatic Group to open up Austria’s online gambling market in exchange for political insiders receiving plum executive posts.

Novomatic holds a 17% stake in Casinos Austria, while the government owns 33% and the Czech Republic’s Sazka Group holds the largest slice at 38%. Casinos Austria’s Win2Day brand is currently the only operator authorized to take online bets from Austrian punters.

The scandal began this spring when Casinos Austria named Peter Sidlo, a key ally of Freedom Party of Austria (FPÖ) leader and Austria’s former vice-chancellor Heinz-Christian Strache, as its new chief financial officer. Sidlo was appointed with the approval of both the government’s representatives on Casinos Austria’s board and Novomatic’s directors.

Sidlo’s appointment drew immediate criticism, given that he had no obvious qualifications for such a high position. His appointment to Casinos Austria’s board, along with another politically-connected individual, also forced Casinos Austria to ditch other board members whose terms weren’t over until 2020, forcing the company to shell out €7.5m in severance payments.

The allegations are that Novomatic’s support for Sidlo’s appointment would be rewarded with the government opening up Austria’s online gambling market to other operators, including Novomatic, which operates online via its Malta-licensed Beatya Online Entertainment subsidiary’s StarVegas brand.

Novomatic was also said to be looking for the restoration of its land-based slots licenses that were revoked in 2015 by Vienna’s municipal authorities. In May, Novomatic teamed up with Vienna’s Chamber of Commerce to push for the right to restart its operations in the capital.

Sazka boss Robert Chvatal told local media that his company “felt a great deal of pressure to vote for a person who clearly and undoubtedly has inadequate work experience for a CFO position in such a big gambling company. Now we know why…”

In May, German media outlet Der Spiegel published sting videos secretly taped in July 2017 in which the FPÖ’s Strache discussed how to arrange illicit campaign contributions from a purported Russian billionaire. Novomatic’s name was mentioned in the video as an FPÖ contributor, but Strache acknowledged that the company contributes to all Austrian parties.

In August, Austrian authorities raided the homes of senior FPÖ and Novomatic officials, seizing phones and files. Sidlo subsequently took a leave of absence from Casinos Austria. All the politicians involved as well as Novomatic’s owner Johann Graff and CEO Harald Neumann have vehemently denied any wrongdoing.

Other gaming operators aren’t about to let a good crisis pass them by. The Austrian Association for Betting and Gambling (ÖVWG), whose members include online stalwarts such as Kindred Group, Mr Green and Bet-at-home, issued a statement saying the scandal proved that “Austria urgently needs to rethink its gambling monopoly.”