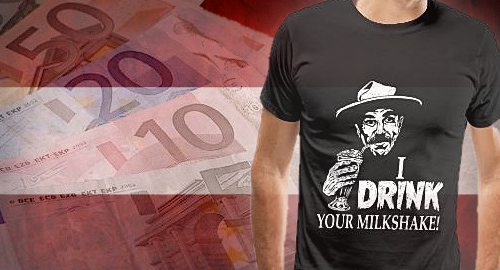 On Friday, Austrian media outlet Nachrichten published an interview with Andreas Kreutzer of the Kreutzer Fischer & Partner consultancy, who claim that the overall Austrian gambling market revenue hit €1.675b in 2017, up 4% from 2016’s total.

Kreutzer claims the land-based casino, slots hall and sports betting sector claimed €716m of this market revenue, up from €700m in 2016. The lottery business (both offline and online) claimed the second largest slice at €676m, a €20m improvement over 2016’s result.

Online gambling claimed 2017’s smallest share at €283m but this was 11% higher than the previous year, making the online sector Austria’s fastest growing segment, accounting for nearly half of the market’s overall growth.

Austrian legislators were already aware of the need to shore up Casino Austria’s online operations, not the least because the government owns a 30% stake in the company, and so these international sites are drinking the government’s milkshake.

Last August, Austria’s Ministry of the Interior announced plans to amend telecom laws to require internet service providers to block unauthorized online operators. This February, the Ministry of Finance followed up with draft amendments to the Gambling Act, although this draft was withdrawn due to alleged ‘technical oversight’ issues, and a replacement draft has yet to emerge.

Austria’s government has long played both sides of this game, refusing to issue licenses to international gambling sites while still requiring them to ante up 40% of their Austrian revenue in taxes. Last year, the government earned €155m via this discriminatory regime.