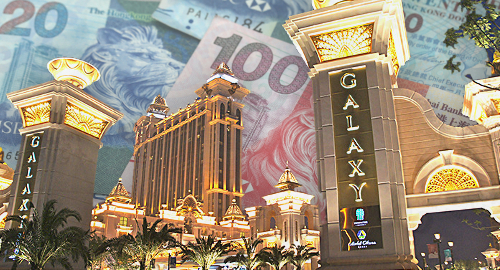 GEG is the last of Macau’s six casino concessionaires to deliver its Q3 report and its results largely mirror that of its competitors: VIP down, mass up. In GEG’s case, the company said its customers’ bad luck added around HK$184m to its Q3 earnings.

GEG’s flagship Galaxy Macau property bore the brunt of the VIP slowdown, with turnover falling nearly 42% but VIP win came in a 4.4%, unchanged from Q2 but a full point higher from Q3 2018. The casino’s mass table win shot up 15.6% to HK$5.13b, easily eclipsing the VIP segment’s HK$4.8b.

Galaxy Macau’s five hotels boasted “virtually 100%” occupancy in Q3, underscoring the need behind GEG’s Tuesday announcement of a deal with Hyatt Hotels Corp to add an Andaz-branded 700-room hotel to Phase 3 and 4 of Galaxy Macau. The new hotel is expected to open to the public in H1 2021.