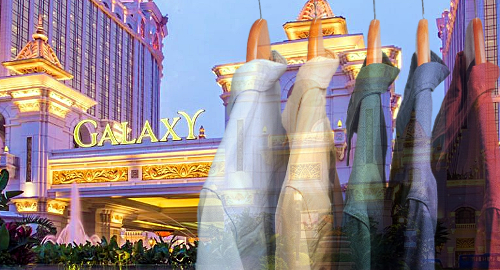 Macau casino operator Galaxy Entertainment Group (GEG) saw revenue, earnings and profit all fall in the first half of 2019 due to the ‘challenging’ VIP gambling sector.

GEG made sure to point out that its Q2 revenue was up 1% and earnings up 9% from Q1 2019, although most of that gain came from ‘playing lucky’ at both its flagship Galaxy Macau and also at its lesser StarWorld and Broadway properties.

On a company-wide basis, VIP gambling turnover was down one-third year-on-year in H1. VIP win was down nearly one-quarter to HK$14.75b, but the decline would have been much more severe had the VIP win rate not risen to a stellar 3.8%, well above the standard range of 2.7%-3.0%.

Galaxy Macau’s individual revenue was down 5% to HK$18.8b thanks to a $1b fall in gaming revenue while non-gaming revenue was up a modest amount. The gaming shortfall would have been even worse had the property’s VIP win hit an unheard of 4.4% in Q2, pushing the H1 VIP win rate to 4.1%.

GEG says its five hotels registered “strong occupancy of virtually 100%” in H1, thanks in part to the opening of the Hong Kong-Zhuhai-Macau bridge pushing overall visitor arrivals to Macau up 21% year-on-year in H1, while overnight visitors were up 8%.

GEG chairman Lui Che Woo said Macau’s overall market “remains relatively stable despite a decrease in VIP volumes due to increasing regional competition, ongoing trade tensions and a slowing Chinese economy.” Lui said GEG would continue to “reallocate our resources to the highest and best use and focus on growing the higher margin mass business.”