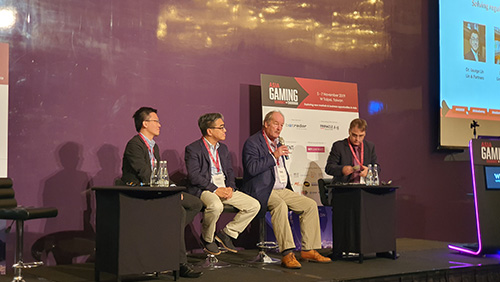 The Asia Gaming Summit (AGS) Taiwan has kicked off, with many of the most influential members of the industry attending, mingling, and taking the stage. Day 1 kicked off with plenty of uncertainty, as several speakers and panels focused on the ever changing regulatory environment of online gambling in Asia. 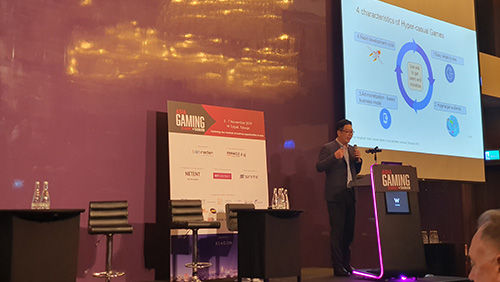 After Senior Conference Producer Giulia Jaimerot-Timarco welcomed the crowd to the conference, The first panel up, “Solving regulatory hurdles through licensing – Licensing Taiwan,” helped educate attendees about the role this country can play in the wider gambling industry.

Moderated by Martin Williams, Panelists Dr. George Lin and David Lee of Lin & Partners explained that while offering online gambling to Taiwanese citizens is illegal, offering support services to global operations is permitted. As a result, the number of gambling support companies have exploded, doubling in the past year to 2000. With Cambodian and Philippines regulatory environments showing plenty of uncertainty, they expect that number to grow much more. Robin Le Prevost, CEO of LPC Limited, cautioned that while these services aren’t illegal, Taiwan should work fast to provide a legal framework and keep companies in check, or the situation is at threat of running wild.

Next on stage was Calvin Yang, Managing Partner of Join Law, who spoke on “Building and Clarifying guidelines for legal gaming services in Taiwan.” He expanded on the legal situation in Taiwan, noting that while gambling services are already operating, that is a situation that could change as some cases are making their way through the courts. For the moment though, judges are hesitant to be the first to rock the boat, and with Taiwanese elections coming up in January, 2020, the matter is on the back burner for now legislatively. 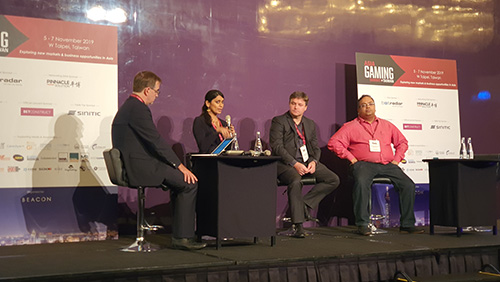 Speaking to service providers on the sidelines of the event, they told me that they love having their businesses in Taiwan for its great infrastructure and because they generally feel safe investing here. Unfotunately though, they wished they could get more legal certainty that things won’t suddenly change due to a court case or election.

The next piece on the agenda got right to the heart of the matter, as Harmen Brenninkmeijer, Managing Director, Dynamic Partners, hosted a fireside chat with Tim Shepherd, Director at Fortuna Worldwide, and Jesper Jensen, Director at iGaming Asia, on “online opportunities deriving from the explosion of land-based operations.” While that was the title of the topic, the chat was devoted almost entirely to the regulatory situations of the Philippines and Cambodia.

The group began by talking about Cambodia recent ban of online gambling. That ban, coming as a result of Chinese pressure, has destroyed one of the most stable online gambling regimes in the continent. But it might only be temporary, Shepherd teased, as he’s recently heard the government is advising large western operators that the market may open back up once Chinese and criminal organizations are driven out, largely to unregulated Myanmar.

As for the Philippines, Brenninkmeijer repeatedly expressed his frustration at a government that simply won’t embrace a gambling industry that is helping grow the economy. The panel feared that new proposed taxes and an ever changing regulatory environment could drive operators underground. 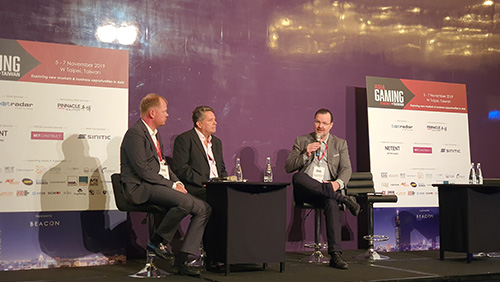 Between the two countries, and the lack of a regulatory stable safe haven, Brenninkmeijer said “I would be insecure forever,” of the Asian continent.

Adhikari began by explaining that India is a diverse country, and with that, many different states take different views towards gambling. All the same, gambling, and especially amongst internet users, is booming, with 900 million expected to be online in the next few years.

She emphasized that while there is still plenty of uncertainty in what will be regulated or made legal across India and when, she believes progress is being made and there is hope for the future.

Charlton though expressed frustration, as the market is already being flooded by marketing campaigns and for a whitelisted operator like GVC, there’s too much uncertainty to make a big bet on an operation. Chakravarrty agreed that it’s not an easy game, especially for international organizations. The Indian market looks like it will be won by homegrown operators, he noted, and its best GVC stay out of it.

Another fireside chat then took the stage, this time to discuss “Betting on Esports – What it is and isn’t, and why it matters.” Stephen Hanna, Director of Global Strategy and Partnerships for ESIC, and Michael Maerz, Managing Director Asia for Sportradar. They helped dispel many false notions around the up and coming betting product.

When it comes to match fixing and other problems traditional sports betting products have run into, Maerz noted that esports has benefited from coming later in time, and can learn the right lessons before really kicking off.

Hanna also spoke about how games publishers are approaching gambling. Notably, games that are geared toward gambling are discouraged, while games that organically grow into it do very well.

After a networking lunch, the conferences attention turned to how the market can capitalize on the Asian market. Rune Löderup began with “Looking from West to East – M&A’s (Mergers and Acquisitions) and Strategic Partnerships). He broke down the various stages a company experiences in its growth, and gave some general tips on how a company should be evaluated for a potential investment.

Harmen Brenninkmeijer then returned to moderate a panel on “Getting to grips with innovation in sportsbook offerings and other forms of sports betting in the region.” Jesper Jensen and Maichael Maerz joined him and revealed some stark differences in the Asian market.

Notably, live prop betting is only a fraction of the American sports betting action, and a bit bigger in Europe. It makes up 97% of Asian sports wagering. That factors in to how big an Asian facing sports betting operation needs to be, with bigger trading teams and sophisticated AI necessary.

Jensen also noted that with the number of matches offered and how much the Asian market wagers, markets need to be kept very sharp. This is another way AI helps out, as it can monitor betting trends much better than human traders could. Maerz added that live data feeds, like Sportsradar provides, are necessary to keep operations up to date at all times.

Capitalizing on the next generation of potential gamblers was the next topic. Christina Thakor-Rankin’s talk on “Choosing right content and maximise your profit,” took a hard look at how Millenials and Generation Z are changing the market. 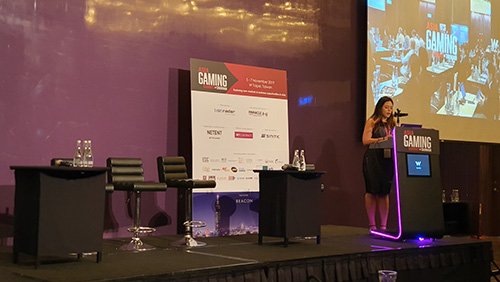 Importantly, she noted that operators need to start tapping into what young people want, and avoid what turns them away. Business men don’t chase Pokemon, but companies like 888 benefited from the Pokemon Go trend. Meanwhile, social justice issues like #MeToo and LGBT awareness are spreading into the youth of Asia, so game branding that used to work may start driving them away. Social responsibility matters now, she noted.

Finally, Calvin Shueh, Asia iGaming Expert, took the stage to talk about how mobile gaming can help share some lessons with the gambling world in his topic, “The Rise of Social Gaming.” Having an understanding of social gaming is key for the gambling market to profit off of how gamers are shifting their attention to shorter experiences.

Critically, the biggest new target audience are Hyper Casual Gamers, targeted by games like Flappy Bird. A simple, ad supported experience can drive in hundreds of millions of dollars, which Voodoo Games has proven with their recent investment from Goldman-Sachs.

With the final speaker done for the day, speakers and attendees retired to the bar and the AGS Freeroll Poker Tournament to continue networking and enjoying the pleasant atmosphere for the Taiwan Asia Gaming Summit.