Home / Poker / #MeToo: poker is no excuse for a cheap staredown 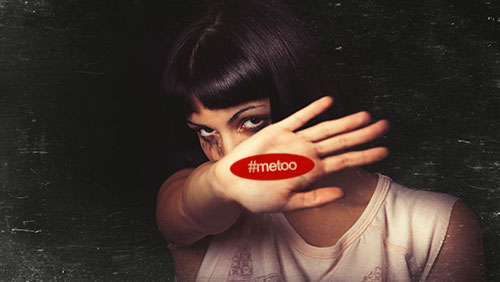 After the #MeToo social media campaign starts to wake people up about the global nature of our sex discrimination, Lee Davy, reminds us that the poker industry isn’t immune to these issues.

“Everyone has to leave, now.”

I’ve  just sat down and ordered my Chai Tea Latte.

“We have no water, sorry folks; everyone has to leave immediately.”

As I pack my things, so does the man sat opposite me. He has three different drinks in front of him. He has a long mop like grey beard, wears a tattered old baseball cap, and works from a laptop that resembles a 1980s video console.

“Have you been to the new store up the road?” He asks me.

I reply in the negative.

As I consider his kind offer, my mind takes a microsecond to screen a 90-minute movie through my memory palace reminding me that old American guys with mop-like beards kidnap, gag, and kill you.

I walk up the road, and into the Backroom Cafe. I sit down and strike up a conversation with Marsha. I tell her about my Starbucks experience and the serial killer with the mop-like beard and how I avoided certain death.

“Would you have gotten in the car with me?” she asked.

Harvey Weinstein Prods His Stick Down The Hole

When I was ten, I found a wasp nest on the ground. I thought it would be a good idea to set fire to a stick and lower it into the hole. Like jumping into a hot air balloon with Richard Branson, it wasn’t a good idea. The wasps emerged like the German Luftwaffe chasing me down the alley stinging me all over my head. 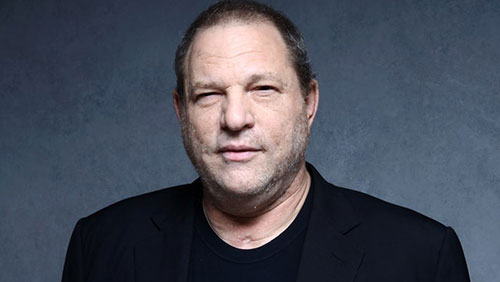 Harvey Weinstein recently stuck his burning stick into the wrong hole. Amongst the wasps that emerged was the actress Alyssa Milano, who suggested the following action on social media to raise awareness of the broader problem of sex discrimination around the world.

“If you’ve been sexually harassed or assaulted, write ‘me too’ as a reply to this tweet.” Tweeted Milano.

Statistics show that close to 68,000 people replied to the actress’s tweet. The #MeToo hashtag came out of retirement. People have used it more than a million times globally. Facebook representatives said that within 24-hours of Milano’s battlecry, more than 4.7 million people engaged in conversations about the issue of sex discrimination, including more than 12 million comments and reactions.

It wasn’t a message restricted to women, men also posted their #MeToo stories, but the narrative was too obvious to miss. It didn’t matter what industry you worked in, how old you were, or where you lived. If you were a woman, then you have at some time in your life experienced sexual harassment, and as I pondered this, I kept hearing the voices within the poker industry (both male and female) steadfastly asserting that our industry didn’t have a problem.

Either the poker industry created a community free of sex discrimination, or we’ve been hoodwinked into siding with the dominant patriarchal belief system, and continue to use a heady mix of denial and justification to keep our cognitive dissonance in the middle of the deck.

All that has to change now.

The dominant belief system is surely that men have a real problem when it comes to their beliefs on what constitutes respectful interactions with women.

In my inner circle, at least three women have either been raped or sexually assaulted. I run a forum of people suffering from alcohol-related problems and the same pattern exists.

When I was first confronted with these realities, my first thought was, “Why didn’t they tell someone earlier?”

In thinking this way, and externalising it in the form of a pathetic attempt to help those I love, I alienated myself through my ignorance. I only learned to see this through my examination of dominant, oppressive systems. Our overwhelming patriarchal dominant worldview is an oppressive system.

It wasn’t until I visited Burning Man and spent some time working with the ManKind Project that I realised I had a deep-seated fear of getting close to men, one of the reasons I didn’t get into the car.

I have a memory of a boy holding me down, knees on my arms, as he fondled my penis. It was hard. I enjoyed it and hated it. It’s a very distant memory.

That experience, as brief as it was, became a cornerstone of how I viewed sex and connection for the rest of my life. It’s almost as if, I have been programmed to think and act without my consent. But I know we all have a choice. Even if our parents and mentors burn their values, morals and ethics into our neurological wiring, we do ultimately have a choice when it comes to action, if we are open-minded enough to be introspective.

When he was born, I had these thoughts:

A year ago, I had a daughter. Here are my thoughts.

Look at the difference between my thoughts? 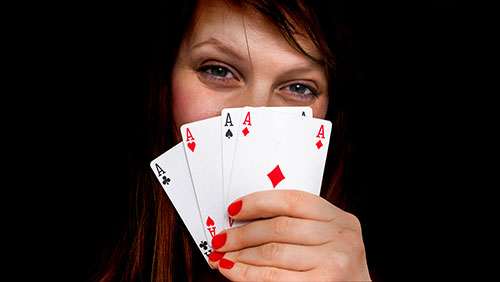 I’m not worried about the abuse my son will receive. But I’m profoundly concerned for my daughter. Yes, they are my projections. It’s my story. But it’s not one I created out of thin air as the virality of the #MeToo things shows.

I was once in a cafe, and there was a man who would not stop staring at me. It was unnerving. It made me want to leave. I can’t fathom what this would be like to feel the stare of a thousand men.

I’m at the European Poker Tour (EPT) in Barcelona. Michelle Orpe walks through the poker room in a classy dress and high heels. The men stop and stare, and we are in danger of seeing the first male poker player domino stream.

I’m in a cash game in Planet Hollywood. Shana Moakler sits down, and during the ensuing conversation, we learn she was once in Playboy. One of the group looks up her naked photographs and shares them amongst the table. All eyes were on her for the entire night. Each new person who sat down saw the photo of Moakler.

I could go on and on.

I have sexually harassed women like this all my life, convincing myself that it’s acceptable because it’s not blatant in your face abuse. It wasn’t until I met my wife, Liza, that I began to understand how damaging my behaviour was.

Liza belonged to a group that helped women who suffered in one way or another, sexual abuse and addiction, a part of the many storylines that came attached to each knock on the door.

It’s through these many experiences and Liza’s understanding and patience that allowed me to see that my core way of thinking about these issues was wrong. Now I have a young daughter I can’t stop thinking about my behaviour and need to do something, anything, to draw attention to this problem.

An Ode to The Royal Flush Girls

A few years ago, I wrote an ode to The Royal Flush Girls in an attempt to try to do my bit to elevate sexual discrimination as a problem in the poker industry. I got it wrong. I alienated myself from some close friends and became angry and bitter because people couldn’t see what I was trying to achieve.

Part of the problem is men can’t fully comprehend how it feels. It’s difficult to find empathy, and we dive into writing articles or holding conversations after learning a few snippets of information as if we own the knowledge.

I don’t, that much is clear.

Liza always tells me to steer clear of these discussions because “I always put my foot in it.” Liza can see a good man trying to change many years of conditioning and wrong choices.

I once bought a book called Woman by Natalie Angier so I could learn more about women, so I could become a better husband, and a better man, but nothing I read helped me like the current outpouring of honesty from millions of women from all over the world.

One of the most significant issues the poker industry has is cognitive dissonance. We have lived in a patriarchal society for so long, that we had to push our acts of sexual harassment as far from our minds as we can. We do this through denial and justification.

The patriarchal dominant belief system is also institutionalised. This way of thinking is endemic in our law, education, religious and business practices. This unacceptable behaviour towards women is part of the very structure of society. It shapes norms, laws, our very way of life. When we operate this way, our beliefs become facts, instead of opinions, and we will do anything to protect them.

There is no sex discrimination in poker.

We cannot see the bias of this system because we were born into it. The only way for us to wake the fuck up is for campaigns like #MeToo to become viral. Only then, through the sheer magnitude of the problem, will men be able to ask WHY?

Why does this happen to my wife?

Why does this happen to my mother?

Why does this happen to my sister?

Why does this happen to my daughter?

Why do I do this?