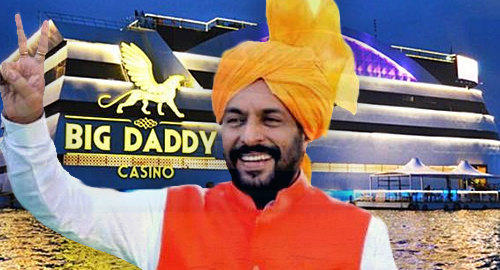 A gambling mogul from the Indian state of Goa has become the first casino owner to win a seat in a state legislature, albeit not the one in which his gaming operations reside.

This week, elections were held in the Indian state of Haryana, which borders the city of New Delhi. Among those winning seats in the legislative assembly was one Gopal Kanda, who ran as an independent candidate but could help tip the balance of power towards the ruling BJP, which won the most seats but fell short of the required 40-seat majority.

Kanda previously held elected office in Haryana but lost his reelection bid in 2014. Kanda went on to form Golden Globe Hotels Pvt Ltd, which counts among its ventures the Big Daddy Casino, one of six floating gaming parlors plying their trade on Goa’s Mandovi river (for the time being, at least). Kanda is believed to be the first casino owner to be elected to an Indian state legislature.

Kanda is likely hoping that his current political career proves more buoyant than Big Daddy, which officially had its Goa gaming coming-out party in May after a rather inglorious debut that didn’t exactly endear it to the locals.

MOCK TERROR DRILL TARGETS BIG DADDY
Big Daddy was the site of a terror attack on Thursday, although the ‘terrorists’ were just acting the part and the whole shebang was simply a drill conducted by the state’s Anti-Terrorist Squad (ATS). The scenario involved terrorists hijacking the vessel, after which ATS commandos ‘neutralized’ the hijackers and other emergency services evacuated the ‘injured’ crew members.

The ATS issued a statement noting that Goa is a popular tourist destination and the exercise was intended to validate the unit’s standard operating procedures. Casinos in jurisdictions as varied as Macau and Connecticut have been staging similar drills in the wake of violent incidents in the Philippines and Las Vegas, as well as the occasional ‘drunk pork chop.’

Some Goans would actually welcome anything that might encourage local casino operators to steer clear of the Mandovi, not just temporarily but for good. The quest for a permanent home for the six floating casinos remains a hotly debated topic between local residents, municipal politicians, their state counterparts and the operators themselves, with no one seemingly able to find a mutually acceptable solution.