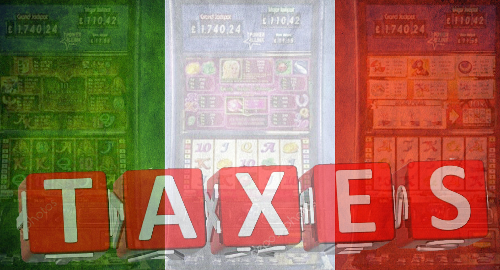 Italy’s retail gambling machine operators will bear the brunt of the country’s new tax plan, while punters have been spared a proposed tax on their gambling winnings.

Thursday saw the Italian government ship its 2020 budget plan to the European Commission for approval. The draft sent to Brussels underwent furious revision over the past week and includes plans to raise €650 in new annual revenue from the gaming industry, most of which will come from the country’s gambling machine operators.

As currently written, the budget calls for tax hikes on revenue derived from both amusement with prizes (AWP) and video lottery terminals (VLT). As of February 10, 2020, the AWP tax rate will go from 21.6% to 23%, while the VLT rate will rise from 7.9% to 9%.

The government expects to raise an additional €268.4m from the AWP tax hike next year, while the VLT hike will result in an annual top-up of €230.5m. It’s worth noting that those lower tax rates cited above weren’t even scheduled to kick in until January 1, having only been announced in the so-called Dignity Decree that was published in July 2018.

Operators with large retail operations in Italy, including Playtech via its 2018 acquisition of local operator Snai, had previously warned investors of the damage that the earlier tax hikes would do to the company’s annual earnings. Playtech’s shares have lost roughly 9% of their value over the past month as rumors circulated of the Italian government’s plan to draw a budget bullseye on the gambling sector.

The government is also seeking a raft of new measures to reduce illegal gambling activity, including a central registry for all gambling licensees overseen by the Agenzia delle Dogane e dei Monopoli (ADM) regulatory body, as well as new penalties of up to €1.3m (per infraction) for local financial institutions who process payments on behalf of operators not holding an Italian license.

The government wants to use undercover agents to monitor gambling operators for signs of tax evasion or allowing individuals under 18 years of age to access gambling products.

On the plus side, the proposed progressive tax on gamblers’ winnings didn’t make the budget’s final draft, apparently having proven a non-starter once word leaked out last week. But rest assured, Italian-licensed operators will need to offload at least some of their new costs onto their customers.

The question now becomes how much more abuse either operators or punters can be reasonably expected to take from a government that seems to want to solve all its financial problems by punishing the gaming industry.