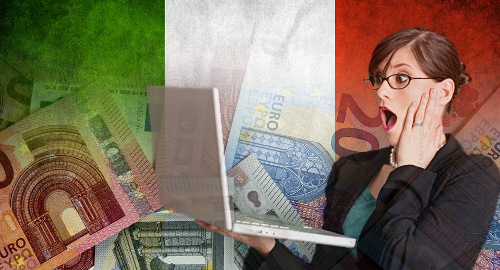 Italy’s gambling operators are bracing for impact after the government proposed still more tax hikes on the sector, this time targeting the operators’ customers.

This past week, Italian media got a sneak peek at their government’s 2020 fiscal budget, which includes plans to boost the tax rate on large lottery jackpots – defined as those over €100m – from the current 12% to 23%. There are only a handful of such mega-prizes on offer in Italy each year, but the government is also taking aim at far smaller windfalls.

The government reportedly plans to impose a new 12% tax on gamblers’ winnings under €500, which account for the majority of punters’ profits and currently aren’t subject to taxation. The new tax regime, which would apply to everything from lotteries to sports bets, would also feature a variable rate that would escalate along with the value of winnings, topping out at the aforementioned 23%.

Op-eds are already warning that this new tax policy will result in the government collecting less money from gambling tax than before. A lottery customer who pays €5 for a draw ticket and wins €5 would usually opt to replay their winnings. But the punter’s winnings are now only €4.40, so they would be forced to pony up the remaining €0.60 themselves to replay, and may simply opt to keep the money in their pocket.

The government might not object to its citizens spending less money on gambling, even if it the government’s tax coffers take a hit. Italy has introduced any number of punitive measures on the gaming sector in recent years, ranging from increases in both online and land-based taxes and the much-criticized ban on gambling advertisements and sponsorships, all of which are ostensibly aimed at curbing Italians’ willingness to gamble.

Italy is also looking to curb tax evasion by retail operators through a proposed ban on cash payments for gambling services. Deputy Minister for the Economy Laura Castelli, a member of the Five Star Movement (M5S) party, gave an interview last week saying the government’s “virtuous” fight against gambling would continue to “move forward, not backwards.”

The plan to require gamblers to use credit or debit cards to access land-based gambling services was immediately criticized by Giorgio Pastorino, president of local gaming industry association STS, who claimed the plan would benefit only large banks and financial institution.

Pastorino said Castelli’s comments displayed “a lack of competence on the subject.” Pastorino wondered if Castelli really thought a punter would be interested in using a card to play a €1 game or make a small wager, while also claiming that operators would be unwilling to accept a card for such a low amount, given the percentage of each transaction claimed by the card issuer.