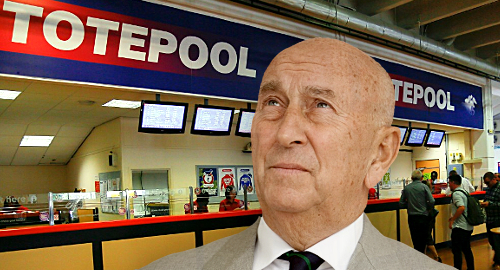 UK bookmaker Betfred has officially ended its stint as owner of the Tote, the nation’s venerable horseracing pool betting operation.

On Thursday, the UK Tote Group, the group formerly known as Alizeti Capital, announced that it had finalized its acquisition of the pool betting operation from Betfred boss Fred Done, who acquired the formerly state-owned Tote through an auction way back in 2011.

Alizeti paid £20m for a 25% stake in the Tote in May 2018 and the UK Tote Group will now pay an additional £95m to acquire the remaining 75%. Former Merrill Lynch trader Alex Frost, who heads up the UK Tote Group, said the milestone “marks the start of an exciting new era for the Tote,” which has struggled to retain its relevance in an age where punters have infinitely more betting options than they did in the Tote’s heyday.

In October 2018, Frost’s group struck a deal with Britbet, a consortium of 55 UK racecourses, which ensured the Tote would (a) have a presence at UK tracks for the next seven years and (b) serve as the global betting pool provider for international commingling with the likes of the Hong Kong Jockey Club.

Thursday’s announcement came one week after UK media reported that billionaire Michael Spencer was taking a 10% stake in the UK Tote Group at an estimated cost of £10m. Spencer reportedly believes the Tote, which currently holds only a 3-4% stake of the UK betting market, can be improved through a mix of data and technology upgrades that includes the launch of a new Tote website.

Frost said Thursday that he was grateful to Betfred and Fred Done “for their invaluable help over the last 18 months.” Done said he wished Frost and his team “all the best and they have been very fair to deal with.”

Done (pictured) wasn’t always so cordial with racing luminaries, having formerly described Betfred’s relationship with racing as “broken.” The Tote’s pool betting monopoly expired in July 2018 and Done appeared keen to cut his ties long before then.