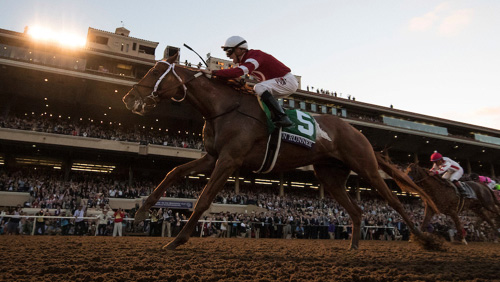 British bookmaker Betfred has begun divesting its interest in the Tote racing brand after striking a £130 million (US$174.7 million) deal with a consortium of racing industry juggernauts.

Sky News reported that Alizeti Capital, led by former Merrill Lynch trader Alex Frost, made an upfront payment of £20 million ($26.88 million) to Betfred for a minority stake in the Tote several days after the UK government imposed sweeping reforms in its gambling policy.

Betfred and Alizeti had been talking about the deal for several months now. Under the agreement, Alizeti was given an option to increase its investment in a span of five years to complete a full takeover.

A source familiar with the deal told the news outlet that Frost convinced a group of investors to contribute and raise £65 million in return for a 65 percent stake. The investors were reportedly known figures in the horse racing industry.

To sweeten the sales talk, Frost told investors about the three- to five-year partnership with Betfred before the consortium buys out the bookmaker’s remaining equity stake. He also painted a rosy picture for the Tote despite its impending removal from the majority of British racecourses in July.

Alizeti’s grand plans for the Tote include the transformation of the brand’s profile by acquiring loyalty program Rewards for Racing (R4R) for £20 million. R4R has ties with Bet365, Betfred, Coral and Betfair.

The Tote, which was created through the prodding of former racehorse-owning Chancellor of the Exchequer Winston Churchill, was acquired by Betfred in 2011 for £233 million following the gambling firm’s successful bid to have UK ministers sell the brand.

In 2017, a frustrated Betfred founder Fred Done announced that the British bookmaker would end virtually all of its commercial relationships with racing following the July 2018 expiration of the company’s exclusive pool betting deal. The changes saw Betfred close 49 of its 51 on-course betting shops, and also affected nearly £6 million in sponsorship income covering over 600 races.