Home / Business / AGEM gets a September boost thanks to Konami, IGT 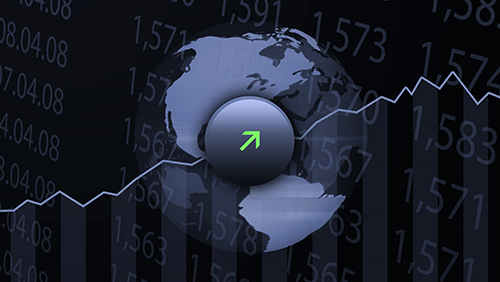 The AGEM Index, which tracks certain gambling-related stocks, saw a little bit of an uptick in September, spurred primarily by better performances at both Konami and International Game Technology (IGT). The Association of Gaming Equipment Manufacturers (AGEM), which produces the index, released a statement today indicating that it had risen 5.8% over August, reaching 500.69 points. That figure is also 1.6% higher than what was seen in September of last year.

The AGEM Index saw its biggest boost from an increase of 18.6% in IGT’s stock price. That strength bolstered the index by a total of 8.14 points, followed by Konami, which saw its price jump 8.4%, contributing 6.5 points to the index. Out of the remaining 11 manufacturers included in the portfolio, Scientific Games Corp. saw better results, as well, in September, with a stock price increase of 10.1%. That further supported the AGEM Index’s climb, adding 2.89 points to the tally.

Comparatively speaking, the AGEM Index performed better than other major price gauges in different industries. For example, the S&P 500, which monitors large-cap US equities, saw an increase of just 1.7% and the Dow Jones Industrial Average, a measurement of the stock performance of 30 NYSE-traded companies including Microsoft, Exxon, Walt Disney and more, moved up by 2%. However, both of these have fallen since the beginning of this month.

A total of 13 companies are included in the AGEM Index and ten of these saw improvements in September.

Perhaps the overall better performance was a result of AGEM’s work to support groups that want to help those with possible gambling issues. In September, the AGEM, along with Gaming Laboratories International (GLI), agreed to donate $200,000 to the Dr. Robert Hunter International Problem Gambling Center (PGC) in Las Vegas. Hunter, who passed away last year, started a treatment program 20 years earlier and reportedly helped more problem gamblers than anyone break the habit.

The contribution will be made over two years and the center’s executive director, Stephanie Goodman, said when the donation was announced. She explained:

“Because of this generous gift from our industry partners, AGEM and GLI, this money will have a direct impact on problem gamblers in our community. Problem gambling, officially termed as a gambling disorder in the DSM-5, is recognised as an addictive disorder, alongside alcohol and drug use disorder. PGC is working to educate our community in an effort to remove the stigma associated with this disease while at the same time, healing the clients who commit to our program.”