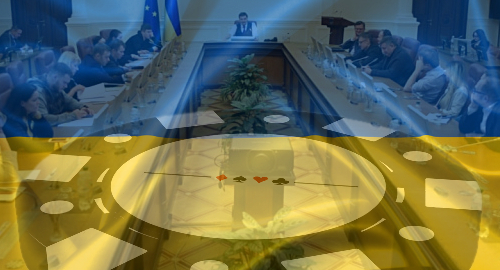 Ukraine’s government is showing signs that it’s serious about updating its gambling laws, although the scope of those laws remains unclear.

On Sunday, Ukraine’s Cabinet of Ministers published a notice saying that it had approved the government’s new Action Program, which includes a draft law for the legalization of gambling. Specifically, the plan is that “gambling will be conducted exclusively on the territory of hotels, with use of gambling equipment with software that meets international standards.”

In August, Ukrainian media reported that the country’s new President Vladimir Zelensky was pushing a plan to allow casinos in five-star hotels, particularly in tourist zones such as the area around Odessa near the Black Sea.

Ukraine abolished most gambling operations in 2009, leaving state-run lotteries as the only legal gambling options available to local residents. But Ukrainian gamblers have no shortage of internationally licensed online gambling sites from which to choose, despite the best efforts of local law enforcement.

Previous efforts to reauthorize legal gambling options have been all talk and no show, but Zelensky appears to be prepared to push this legislation over the finish line before the year is through, if for no other reason than to fill the government coffers.

Local media quoted Prime Minister Oleksiy Honcharuk saying the government “expects to receive about UAH2b-2.5b (US$83m-$103.5m)” in annual budget revenue from the new legal gambling options, but there’s still some question over what exactly will be legalized.

Honcharuk cautioned that government ministers “still need to make more calculations and understand what law will be adopted.” While casinos are definitely in the works, Honcharuk said the in-progress gambling bill is also “aimed at removing the gambling halls and slot machines from streets.”

Ukraine’s previous gambling legalization proposals included online options, but Zelensky’s administration has so far been focused on land-based casinos. Honcharuk added that “the issue of lotteries is being regulated separately” but offered no indication of any online component in the current plan.

This month, a survey by the Razumkov Center thinktank found 47% of respondents supported Zelensky’s gambling legalization plans, while 34% stood opposed.