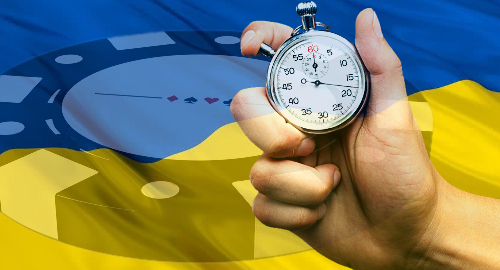 Ukraine’s attorney general has restated his approval of the country legalizing gambling, but operators are growing impatient at the slow pace of regulatory change.

This week, Ukraine’s Attorney General Yuriy Lutsenko paid a visit to the town of Uzhgorod, where he staged a mock raid on an illegal gambling den and accused local officials of protecting the proprietors. Lutsenko insisted he wasn’t anti-gambling, but insisted that operators must obtain the government’s formal blessing.

Trouble is, Ukraine currently doesn’t permit legal gambling, having banned pretty much everything except lotteries in 2009. Legislation that would have legalized both land-based and online gambling was floated in 2015, but its unpalatable combination of high fees and other licensing restrictions left would-be licensees unimpressed, and the legislation was ultimately scrapped.

In April, Ukraine’s government offered assurances to the International Monetary Fund that the country would have a viable gambling regime in place by 2018, in keeping with the terms of the IMF’s economic aid package. Industry stakeholders offered to help the government craft more viable legislation but tangible signs of legislative progress remain elusive.

Last month, businessman Oleksandr Yaroslavsky, considered one of Ukraine’s 10 richest individuals, publicly rebuked the government for dragging its heels on reforming the country’s “shadow” gambling market, which he claimed was worth “about half a billion dollars.”

Yaroslavsky also reminded the government that it had required him to include a casino in the plans for his Premier Palace Hotel in Kharkiv prior to the country co-hosting the UEFA Euro 2012 football tournament. But despite having invested $12m to incorporate a casino into the hotel’s design, Yaroslavsky said “the requisite facilities remain idle.”

Parimatch’s international marketing director recently announced that the company had seen its Ukrainian online customer base grow by nearly 30% in just the past year. The average bet per Ukrainian customer was just $5, with 60% of wagers made on football, followed by basketball (11%), tennis (10%) and hockey (5%).

Ukraine’s parliament intends to discuss its draft budget for 2018 at a meeting scheduled for October 19. The government has planned for 3% GDP growth next year and recently suggested that it was “open for any proposals” that would spur the “development and success of international and local business in Ukraine.” Ahem.