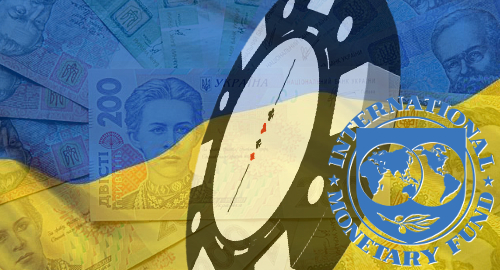 Ukraine’s government has promised to start earning increased revenue from legal gambling by next year.

Ukraine’s Ministry of Finance recently published the full text of a letter to International Monetary Fund boss Christine Lagarde, detailing the country’s plans to reform its economy in order to qualify for $17.5b in financial assistance. Ukraine received the first $1b of this sum last week.

The letter, which was signed by the country’s president, prime minister, finance minister and national bank president (although the latter abruptly quit on Monday), vowed to press ahead with plans to legalize gambling in the Ukraine, “which will contribute additional revenue to the budget no later than 2018.”

In 2015, Ukraine introduced draft legislation that would have authorized land-based casinos, sports betting, a new national lottery and online gambling sites. The following year, the government suggested its gambling market could generate revenue of $1.5b per year, but gambling operators balked at the price of proposed license fees and the tax rates, and the legislation went nowhere.

Last November, a group of local industry stakeholders formed the Ukrainian Gaming Industry Association to help the government craft legislation that would take ‘international standards and practices” into account.

In February, Finance Minister Aleksandr Danilyuk restated the government’s intention to bring gambling out of the shadows and into the light. The government believes its delays in opening up its gambling market means it has missed out on $370m on gambling tax revenue over the past two years.

However, the government’s plans to tax its current 164 state lottery operators don’t necessarily fill one with confidence that the new proposed gambling regime will be any less harsh. In March, the Fiscal Service of the Ukraine announced that the 2017 tax rate of 18% of revenue will rise to 24% in 2018, then by a further two percent per year until 2021, when it will max out at 30%. Not so lucky numbers.