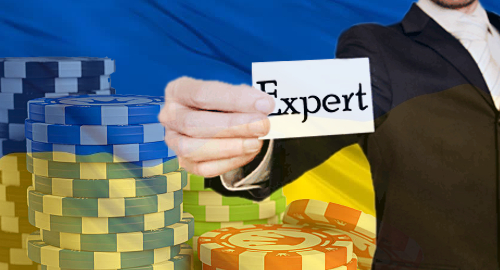 Ukraine’s government has been offered some expert advice in how to go about restarting stalled plans to legalize gambling.

On Wednesday, representatives of the recently formed Ukrainian Gaming Industry Association (UAII) held a press conference in Kiev to urge the government to make gambling legalization a priority. Ukraine banned all forms of gambling except lotteries in 2009 following a fatal fire in a small slot parlor.

In late 2015, Ukraine’s Ministry of Finance floated draft legislation that would have permitted land-based casinos, sports betting and online gambling. But hefty license fees and a proposed 20% tax on betting revenue left most stakeholders unenthused about the prospects of the bill’s passage and little has been heard about it since.

Speaking on Wednesday, UAII president Irini Sergienko said Ukraine’s gaming market “should be resolved taking into account international standards and practices.” Only then could the government achieve its aims of “significant tax revenues, jobs, elimination of corruption and, last but not least – the termination of cash outflows from the country.”

UAII advisory council member Vasily Kotinkevich said the idea was to “create a platform for dialogue between business and the state.” Kotinkevich told the journalists in attendance that they “need to take part in this dialogue” in order to reassure the public that legal gambling is preferable to the status quo.

The ‘intelligent games’ advice will be provided in part by Ukrainian poker pro Eugene Katchalov, who announced his intention to advocate for poker legalization in his native land when he parted ways with PokerStars Team Pro this summer.

Katchalov told the press conference that he had no idea “why the attitude to poker is ambiguous” in Ukraine. But Katchalov stressed that it was “impossible to deny” that all types of gambling were already going on and thus the government needed to take the necessary steps to bring the activity into the light.

Katchalov’s point was underscored that same day by the National Police of Ukraine, who announced via their Facebook page that they’d broken up an illegal online gambling ring that operated 18 different casino sites.

The police didn’t provide the names of any of the sites, but did say that they collectively earned their operators around €400k per month. Police said the organizers included Russian and Lithuanian nationals, while around 120 locals were employed at the group’s Kiev offices. Police seized around UAH 2.5m (US $96k) in cash during their raids.

Eugene Katchalov to Feature in the Ukraine Version of ‘The Mole.’
Lee Davy
16 September 2014