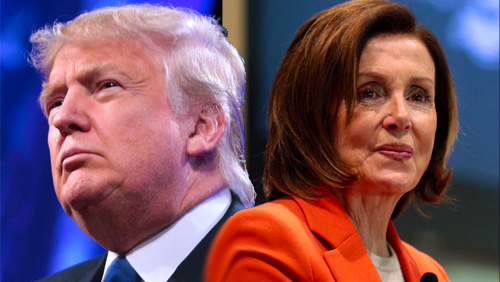 It doesn’t matter what end of the political spectrum you come from, the odds that President Donald Trump would be impeached in his first term have always been questionable, simply for the fact that nobody knew if Democratic House Speaker Nancy Pelosi would have the guts to pull the trigger. But after a mysterious whistleblower complaint and open admissions from Trump about his conversations with Ukrainian Volodymyr Zelensky, the odds of a Trump impeachment are now better than ever.

As calls to impeach Trump started to hit a critical mass on the morning of September 24, popular political betting site PredictIt, which allows users to buy and sell shares of bets between $0.01 and $1.00, saw prices surge from $0.36 to a high of $0.55, indicating there would be a 55% chance of impeachment. The price then spiked again to an all-time high of $0.64 upon news that Nancy Pelosi would start an official impeachment inquiry.

Bet365, which offers several wagers on a potential impeachment, got caught with odds that might have been a little stale by the time impeachment looked all but certain. At about 1:30pm, you could bet at +250 odds that Trump would be impeached in his first term. Compared to PredictIt odds at the same time, that’s a bargain.

Those odds may have been a little too favorable for the punter as they have now been taken down, but should they come back up, there’s a couple of things to keep in mind.

Now that Pelosi has started an inquiry, the question is how fast it will move. Trump allegedly promised something to Zelensky in exchange for an investigation of Democratic Presidential primary candidate Joe Biden. Some have speculated that we already know everything there is to know, and that’s impeachable enough. Will Pelosi and senior House Democrats, with a transcript of the phone call, feel they have enough to introduce articles of impeachment? Will they get shy on holding a vote if the outcome looks unpopular, as it currently does?

Going back to PredictIt, pundits have cooled on the thought of Pelosi going through with this, as the market now sits at $0.49.

Ultimately though, this process didn’t have to start, and it’s almost worse for the Democrats if Pelosi doesn’t take it to its natural end. We might already know everything there is to know about the whistleblower complaint, so look for this process to move fast and quick, and maybe look for a few good lines on impeachment to make a profit.