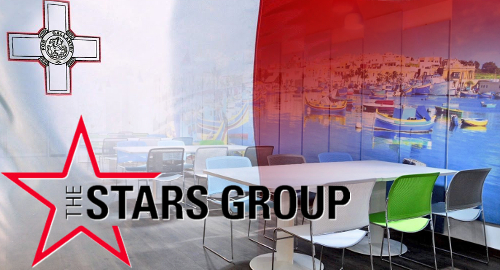 Online gambling giant The Stars Group (TSG) is cutting staff at its Malta offices, just days after announcing similar layoffs at its Isle of Man headquarters.

On Tuesday, Malta-based media outlets reported that TSG had made redundant “at least 50” members of its Malta-based staff, equal to about one-sixth of the local office’s total headcount. TSG, the parent company of PokerStars and Sky Bet, opened its Malta office in 2012.

The reports suggested that further reductions may be in the works, citing rumors that some Malta customer service staffers are due to relocate to Bulgaria. Some of the Malta-based trading team have reportedly already been relocated to TSG’s Dublin office.

TSG issued a statement saying the company had “decided to review some potential changes to certain locations to better align our costs with our global growth strategy.” TSG insisted that Malta was an important hub for the company and would remain so.

Similar language appeared in TSG’s announcement last week of redundancies at its Isle of Man (IOM) headquarters, which the company said were necessary to ensure TSG could “deliver our mid-term growth targets and long-term sustainable growth.” Some 80 IOM staff – out of a total of around 450 – have reportedly been told that they could be affected by this decision.

TSG has been in retrenchment mode ever since it released its Q2 earnings report, which showed “continued disruptions and regulatory headwinds” in some of its key international markets. Said disruptions resulted in the company’s international customer base falling 5% year-on-year, pushing international revenue down 8.1%.

Malta’s government has yet to comment on TSG’s announcement, but the Isle of Man’s Department of Foreign Enterprise said this week that it would “continue to support [TSG] through their business decisions in the long term, as well as looking to assist any staff who are ultimately affected to support them in finding alternative roles.”

In other Malta gaming news, the Malta Gaming Authority (MGA) announced Monday that it had cancelled the gaming license UWin4U Ltd, which operates the UWin4U.com gambling site. The MGA said the company had failed to make the required payments to the regulator, and thus the site is no longer authorized to carry out gaming operations bearing an MGA seal of approval.