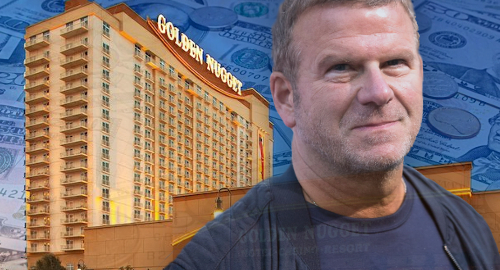 Atlantic City’s casino market is making the same mistakes that led to its rapid downsizing a few years ago, at least, according to the billionaire owner of the Golden Nugget.

On Monday, the Press of Atlantic City interviewed Tilman Fertitta, whose Fertitta Entertainment empire includes everything from the Golden Nugget casinos to the NBA’s Houston Rockets, ahead of the launch of Fertitta’s new book Shut Up and Listen.

Among Fertitta’s current list of grievances is last summer’s opening of the Hard Rock Atlantic City and the Ocean Casino Resort (OCR), which boosted AC’s number of gaming venues to nine. Fertitta said Monday that AC was “not a nine-casino market and I don’t understand why nobody realizes that.”

Fertitta noted that last summer’s casino launches resulted in a lot of unemployed workers getting hired, but “every other casino has had to lay off jobs, so I don’t even know how big the net gain is.” Fertitta added that “none of the casinos have the cash flow that they did.”

While the Hard Rock has performed well since its opening, and OCR had its best month to date in August, profits remain far more elusive than when the market contained only seven operational casinos. Fertitta believes these profit shortfalls will ultimately be AC’s undoing.

Fertitta’s Golden Nugget has endured the entry of two new rivals largely through the property’s thriving online casino, which has thoroughly dominated the state’s online gambling market in recent years. (Interestingly, Fertitta called online gambling “a bust” way back in 2014. So maybe take his ‘shut up and listen’ schtick with a grain of salt.)

Fertitta got some good news last Friday when New Jersey Gov. Phil Murphy signed legislation that will permit the Nugget’s sportsbook to take wagers on National Basketball Association games. The state’s original betting rules barred any property associated with a sports team owner from taking bets on that sport, a move that was costing the Nugget in more ways than one.

The new legislation still prohibits the Nugget from taking wagers on Rockets’ games, but Fertitta said the ability to put other NBA action on the board would be “huge for us,” potentially allowing the Nugget to be “a leader just like we are in internet gaming.” You know, in case betting doesn’t turn out to be a bust.