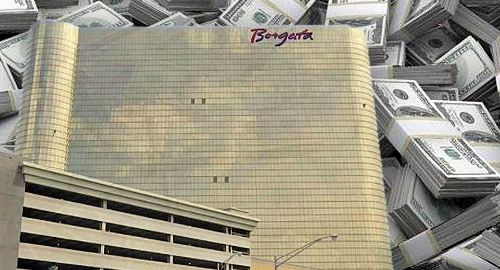 On Wednesday, New Jersey regulators issued their July gaming revenue report, which showed Atlantic City’s nine casinos enjoyed slots and table game revenue of just under $277.2m in July, a 1.8% improvement over July 2018’s result and $41m more than they earned in June 2019.

July was the first month in which all nine casinos were open in the same month last year, as Hard Rock Atlantic City and Ocean Casino Resort swung open their doors in the final days of June 2018.

While the perennially market-leading Borgata enjoyed a healthy 13.6% year-on-year rise to $80.77m – a new property and market record – the other six ‘veteran’ casinos all reported negative growth, continuing a trend that has persisted ever since the two upstart properties opened a year ago.

None of the above stats include revenue generated by the casinos’ online gambling and sports betting operations. Based on July’s total gaming revenue, only four casinos (Bally’s, Caesars, Harrah’s and the Tropicana) were net decliners, and all of those four are currently distracted as their mutual owners (Caesars Entertainment and Eldorado Resorts) plot how to merge their respective operations.