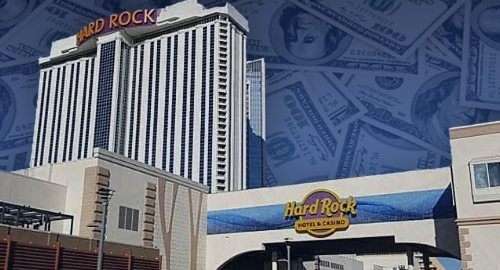 Atlantic City casinos scored a double-digit gaming revenue rise in June, despite only one of the ‘veteran’ casino properties reporting a year-on-year gain.

On Friday, the New Jersey Division of Gaming Enforcement announced that AC’s nine casinos generated total brick-and-mortar gaming win of $236m, up 13.7% from June 2018 and more than $13m better than May 2019’s result.

Throw in the $38m brought in by the casinos’ online gambling partners and the $4.1m generated by the casinos’ sports betting operations and overall gaming win for the month of June totaled over $278.1m, a 20.2% year-on-year improvement.

However, as with recent months, the brick-and-mortar gains came largely due to the market’s two newest entrants—Hard Rock Atlantic City and Ocean Casino Resort—which made their official debuts at the end of June 2018 (so future year-on-year comparisons get tougher from this point forward).

The Hard Rock generated $30.15m in slots & table revenue in June—good enough for second-place on the revenue chart and its best showing since last August—while Ocean Resort’s take was $20.16m, the property’s best showing to date.

As for the other seven casinos, only the market-leading Borgata was in positive territory for the month, rising 6.6% to $64.85m. All the others were negative Nellies, led by the Golden Nugget’s 23.1% decline to $15.8m (only slightly higher than the $13.6m the Nugget’s online casino brought in last month).