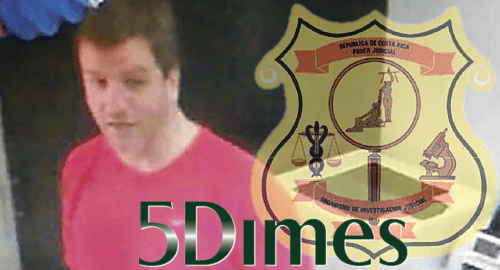 The founder of online sports betting operator 5Dimes has been found dead in a Costa Rican cemetery one year after he went missing in an apparent kidnapping plot.

On Monday, ESPN quoted Costa Rican authorities saying that the body of 5Dimes founder William Sean ‘Tony’ Creighton had been discovered last week in a cemetery in Quepos, a small town on the country’s Pacific coast. The US Department of State subsequently confirmed the announcement of Costa Rica’s Judiciary Investigative Police (OIJ). A cause of death has yet to be determined.

The 43-year-old Creighton (pictured) was initially reported missing in September 2018 under mysterious circumstances, leading to rampant speculation that he’d either been kidnapped for ransom or had staged his own disappearance for unexplained reasons. 5Dimes was compelled to issue a statement saying it was business as usual to calm the panic that erupted among the betting operator’s customer base.

Within days, Costa Rican media reported that Creighton’s body had been found, but these reports were never confirmed by the OIJ. In January, authorities in Costa Rica and Spain arrested 12 individuals suspected of involvement in Creighton’s disappearance.

The kidnappers originally demanded $5m in Bitcoin in exchange for Creighton’s safe release, but Creighton’s wife was reportedly only able to raise $1m on such short notice. It was through tracking this $1m Bitcoin transfer that the authorities were able to identify the suspects detained in the two countries.

In April, three of the suspects were extradited from Spain to Costa Rica for further investigation. The suspects have yet to be formally charged, but the OIJ is reportedly continuing its efforts to build a case for extortive kidnapping. Costa Rican officials have yet to reveal how they came to locate Creighton’s body or how his remains were identified.