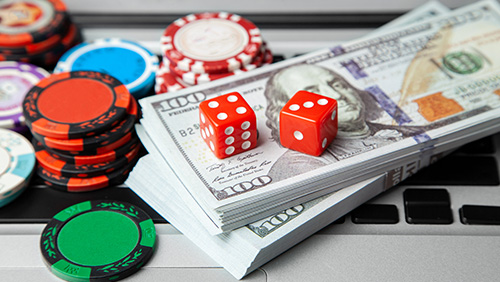 After two days of high drama, unbelievable quality and terrific tension, the first-ever British Super High Roller Bowl came to a thrilling conclusion as the oldest competitor in the field, Cary Katz, got the better of the youngest player in the field, Ali Imsirovic, for a historic victory.

While just 12 players took to the felt in the £250,000-buy-in event at Aspers Casino, the emphasis on quality was evident from the start. Super High Roller events have been under some criticism recently, for skewing the all-time money list or being over-promoted when many players who take part in them sell pieces of their action.

Day 1 saw superstars such as four-time WPT Main Event champion Darren Elias play fantastic poker and get eliminated, while others would survive to Day 2, where seven players took to the felt.

It was the youngest player, Imsirovic, who dealt the damage early on the final day. He busted David Peters and Sam Greenwood in the same hand. He took Mikita Badziakouski out shortly afterwards. With four players left, no-one would depart for over six hours of play that stunned viewers with the complexity and skill that was broadcast.

Stephen Chidwick would eventually miss the money, busting in fourth place, but he put on the kind of poker display that had even Erik Seidel raving among the PokerGO audience.

Anyone buying into the GTO players are boring narrative, should watch Chidwick’s brilliant SHRB performance. You’ll see a focused & creative player who’s the best in the game right now

Chidwick would lose a flip at the cost of 90% of his stack, but his play in the approach to that moment, across over seven hours of poker, was the stuff of legend. Every play was created brilliantly, almost every decision he made near-perfect in its execution. He sniffed out bluffs, be bet for value when he wanted to be paid, he bullied players off pots when he’d missed his draw. He was incredible, even in defeat.

If poker truly is a long game and results don’t matter, then Chidwick will look back on his performance in this event with immense pride.

Imsirovic’s over cards and the play went heads-up.

It would be Imsirovic who would bust to finish runner-up, his set of tens on the turn flushed by Katz on the river. The Bosnian took home £900,000, with Katz winning the £2.1 million top prize.

Katz will be back in action in November for the Super High Roller Bowl’s sojourn to The Bahamas, with the coverage returning to PokerGO.