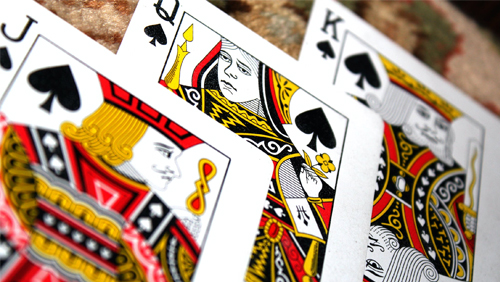 For many years, high stakes poker on television was literally that – one single show of the same name that brought to life the world of the elite poker player who could drop six figures and still smile at the end of the night.

When High Stakes Poker, there was definitely a gap in the market for a poker show that featured eye-watering buy-ins and no lack of entertainment. While Poker After Dark fulfilled the cash game element of High Stakes Poker, the big buy-in wasn’t something that you could attribute to a single show. The World Poker Tour’s Alpha 8 project was one that tried to corner the Super High Roller audience, but after only a handful of events, it hadn’t taken off and has since slid from the schedules.

When Poker Central began the Super High Roller Bowl, it was a $500,000-entry event, a tournament that would make someone an awful lot of Super High Roller buy-ins. Would it be popular enough to sustain the format? It proved to be so.

The first-ever Super High Roller Bowl took place in 2015, and it was Brian Rast who won it, taking home $7.5 million when he beat Scott Seiver in the heads-up. Taking place at ARIA Resort & Casino, the event was followed in successive years by two more similar events, won for $5 million by Rainer Kempe in 2016 and for $6 million in the next year by Christoph Vogelsang.

Highly regarded by the High Roller set at this point, the Super High Roller Bowl switched it up a little by moving the next stop in March 2018 to Macau, at the Babylon Casino. Won by Justin Bonomo during a phenomenal period of success in his poker career, the title was won against Patrik Antonius heads-up and earned Bonomo over $4.8 million.

With 75 entries, the Macau SHRB was the best attended event yet in the series, but just two moths later, the format was back home at ARIA, and in an incredible turn of events, was won by Bonomo again. Earning $5 million for his back-to-back victory, Bonomo triumphed against Daniel ‘Kid Poker’ Negreanu.

The third and final SHRB of 2018 took place at ARIA and was won by Isaac Haxton, who took home $3.67 million for defeating Alex Foxen at the last.

Since December 2018, the SHRB has travelled far and wide, with Cary Katz winning in London for $2.6 million, Daniel Dvoress beating the competition at the Baha Mar Resort in The Bahamas for $4 million, Timothy Adams winning in Australia for $1.44 million and Adams ‘doing a Bonomo’ by winning back-to-back titles when he took the title in Sochi, defeating another former winner Christoph Vogelsang to win $3.6 million.

With the Coronavirus outbreak meaning the latest SHRB moved online, you can watch all the action from that event on PokerGO right here.

The Super High Roller Bowl format has thrived in varied periods of strength in the poker economy and with a natural prestige to the event, is sure to be around for many years to come.