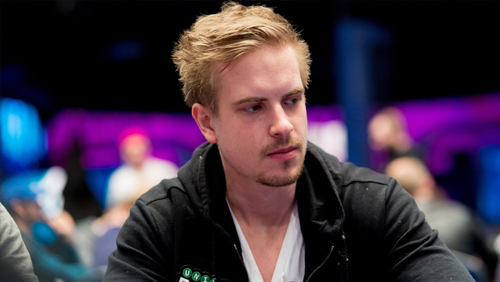 The former online phenom went through a phase where he was more well known for some amazing live results, with one example of that his German MILLIONS Main Event win back in 2018 where he made one of poker history’s greatest-ever hero calls to sniff out a bluff and take the title by making the right choice.

Back in the present day, Blom is back online to take part in the Super High Roller Bowl Online Series, with his most recent victory in Event #14, the $25,000 No Limit Hold’em event seeing Blom beat Mike ‘SirWatts’ Watson heads-up to boost his winnings in the event to $407,500 and take a big lead in the overall championship.

With players such as Sam Greenwood, David Peters and Adrian Mateos all cashing in that event, the competition was super-tough going into Event #17, a comparative few hours later. When that event took place, Blom actually failed to make the final nine players, falling outside the top table on this occasion, as Adrian Mateos took the event down for $527,510.

With the win, Mateos took his 3rd cash of the series and put himself in the running for a podium place finish, amassing 404 points so far across the first 60% of the overall series.

It does, however, look hard for anyone to topple Blom, who sits atop the leaderboard with an a barely processable 894 points, a clear 273 points clear of Artur Martirosyan in second place. You might recall that Martirosyan performed well in the recent PokerStars SCOOP festival, cashing yet again as he continues what has been a fantastic 2020 for the Russian.

If he’s to stop Viktor Blom, then Martirosyan is going to have to do something spectacular in the remaining 11 events. If not, then Blom, who has already cashed five times and won over $1.3 million in little over a week, will yet again grow the mystique that surrounds him.