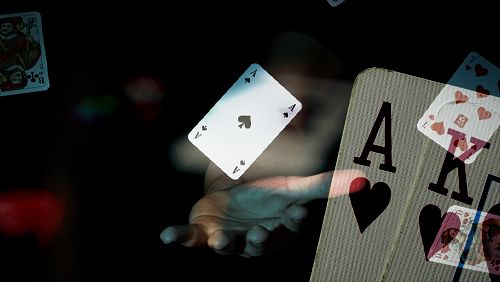 After running the rule over a dozen rivals of huge stature, Justin Bonomo has won yet another big tournament as he bagged $1.7m for taking down the Super High Roller Bowl Main Event.

The backdrop to the $100,000-entry Poker Central Super High Roller Bowl Online Main Event final day was something totally different, with Artur Martirosyan having already completed the unlikeliest of comebacks to triumph against Viktor Blom in the race for the Championship.

With just 13 players remaining in the race to become Main Event champion, it was the former Poker Masters Purple Jacket winner Ali Imsirovic who led the field. He would not even make the final table, however, as after players such as GPI world number one Alex Foxen, Super High Roller regular Sergi Reixach and Jonathan Van Fleet bade farewell to the field, it was Imsirovic who bubbled the final table in 9th place.

While that bubble was painful, the next would be even more so, with only seven places being paid.

The unfortunate man to be eliminated before this happened was Orpen Kisacikoglu, whose all-in move with ace-king ran into a monster, Michael Addamo’s pocket kings enough to send his opponent to the rail.

With seven players remaining, it was Sam Greenwood who had worked his way into the lead, but in a dramatic turn of events, Greenwood lost all-ins against both Justin Bonomo and Linus Loeliger, leaving the former chip leader short. All-in again with pocket sevens, but this time at risk, Greenwood lost out again, to Dan Shak’s ace-king. Greenwood had gone from chip leader to out of the event in three big hands – the old adage about how volatile the swings can be in any no limit poker tournament coming true in spectacular fashion as an ace on the flop did for Greenwood in his final hand.

Greenwood had cashed for a comparatively disappointing return of $212,500, but six men were still fighting for the title and $1.7 million. Next to lose out was Linus Loeliger and he was swiftly followed from the felt by Dan Shak. Shak lost out when his ace-king couldn’t hit against Bonomo’s pocket tens when all-in before the flop. Pauli Ayras from Finland finished fourth when his ace-king couldn’t catch Australian player Michael Addamo’s pocket fours when in the same pre-flop coinflip showdown.

Three-handed, it took just one hand to send the match into a heads-up battle. David Peters committed the last of his chips and again it was Addamo who scooped in the chips, heading into the duel with a lead of 9.7 million chips to Bonomo’s 5.2 million.

Heads-up was a grueling affair, both men bringing their A-games. An early double-up for Bonomo saw the tables turn as the American took the chip lead, but it didn’t last. Addamo regained the lead and even managed to find value in a great river call where both men hit a flush on 5th street.

Bonomo, however, was not going to be denied the victory, pushing Addamo off trips with an overbet, and grinding back a vital chip advantage. It looked like Addamo had found a way to double back into the lead when he called Bonomo’s all-in. While Addamo had pocket queens, Bonomo had made the move with king-five, but two kings across the board ended the battle and proclaimed Justin Bonomo the winner for a seven-figure sum and yet another lucrative title in his illustrious poker career.