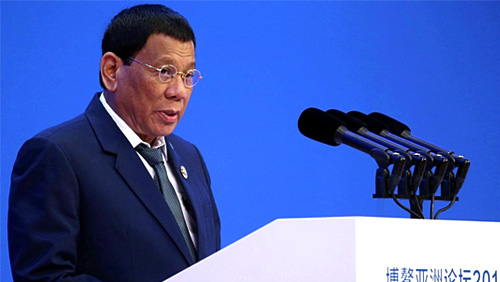 Philippine Offshore Gaming Operators (POGOs) have been the topic of much debate recently, with China and certain Philippine groups wanting to restrict them or shut them down entirely, and a small few defending the industry. After having time to reflect on his recent trip to China, Philippine President Rodrigo Duterte has concluded that he must defend the sector.

The Philippine Star reports Duterte has decided he will not cease all POGO operations, because to put it quite simply, the industry “is good for the country.”

When it came down to it, the Filipino leader concluded that while there are many fears about the presence and growth of POGOs, they simply created a net positive for his people due to the many jobs they afforded. “I decide we need it,” he said at a press briefing. “Many will lose livelihood. It’s government-controlled.”

This decision is a rather shocking one, in many ways. Duterte, who’s been perceived to be as a bit too friendly to Chinese interests, is directly opposing China’s wishes to shut down the industry. It’s a conclusion he was unable to reach immediately after his visit to Beijing, when he merely said he would look into the possibility of ending POGOs.

This means Duterte joins the ranks of Philippine Ambassador to China Jose Santiago L. Sta. Romana, who has previously said that China cannot dictate the domestic policies of the Philippines. They aren’t joined by very many others, though.

Perhaps seeking to get ahead of the story and gain favor with either China or Duterte, many have speculated to the dangers of POGOs. Defense Secretary Delfin Lorenzana has suggested that POGO operators may use their presence to spy on sensitive Philippines government offices. In response, the Philippines Amusement and Gaming Corporation (PAGCOR) has placed a moratorium on all new POGO licenses. Quezon City mayor Joy Belmonte also tried to win political points by raiding POGOs in her city.

Duterte isn’t writing a blank check for POGOs though. He noted that regulators will be keeping a careful eye on them: “To the concessionaire, if you commit a mistake, you will be shuttered. Then we will talk.”