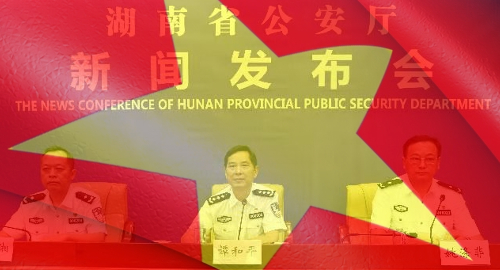 China’s war against online gambling has entered a new phase thanks to the country’s first joint operation with authorities in Vietnam.

Late last week, the Provincial Public Security Bureau in China’s Hunan province reported a major bust of an illegal online gambling and telecom fraud operation based in Vietnam. The Hunan cops partnered with their counterparts in Vietnam in what Chinese officials said marked “a new height in the Belt & Road cross-border police cooperation.”

The official Chinese announcement of the bust claimed the investigation began at the start of 2019 after China’s embassy in Vietnam reported a tip to China’s Ministry of Public Security, which delegated authority for an investigation to the Hunan police, who reportedly assigned over 330 cops to the file.

After liaising with their counterparts in Vietnam, the investigators staged a series of raids on June 6 on locations in Halong City and Nha Trang City. A total of 77 Chinese nationals were arrested in Vietnam and deported to China three days later. Chinese authorities arrested a further 31 suspects in China, along with the usual assortment of computers, phones and bank cards.

The official Chinese announcement of the bust claimed that the gambling and fraud ring had been in operation since 2017 and handled wagers worth “billions of yuan” before the whip came down. The group promoted its operations via the WeChat social network and handled payments via AliPay accounts.

Vietnam has pounced on Chinese-led online gambling operations before but this marks the first joint anti-gambling operation involving Chinese and Vietnamese authorities, extending a pattern in which China has begun working more closely with its regional neighbors to interdict illegal gambling and fraud operations. Earlier this month, Chinese police worked with their counterparts in Cambodia’s Sihanoukville region to bust a major cross-border gambling and telecom fraud operation.

China has routinely pronounced crackdowns on cross-border gambling over the years, but these efforts have taken on new urgency in recent weeks. China apparently convinced Cambodia’s authorities to call a halt to their online gambling licensing regime while strongly suggesting that the Philippines “ban all online gambling.”

On Wednesday, China’s President Xi Jinping welcomed Philippine President Rodrigo Duterte to Beijing for several days of bilateral talks. The Philippine government has been signalling that it may join Cambodia in shutting down its domestic online gambling operations, which like Cambodia primarily served customers in mainland China.