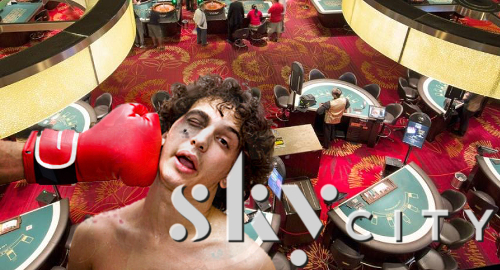 New Zealand casino operator SkyCity Entertainment Group got seriously beaten up by its international VIP gamblers in its most recent fiscal year.

Figures released Wednesday show SkyCity reporting revenue of NZ$905.4m (US$584.9m) in the 12 months ending June 30, down 2.5% from the previous fiscal year. Revenue from continuing operations – excluding contributions from its recently sold casino in Darwin, Australia – was up 0.8% to NZ$822.3m.

SkyCity booked a profit of NZ$160.8m from its continuing operations, up a modest 1.3% year-on-year. However, its actual reported profit was down nearly 15% to NZ$144.6m, in part due to changes in the company’s effective tax rate.

(SkyCity, like its counterparts in Australia, loves to report ‘normalized’ results, which in SkyCity’s case assumes a constant VIP gambling win rate of 1.35%. SkyCity claims this offers a more accurate view of how its business is faring because you don’t have to incorporate Lady Luck into the equation. Which, considering SkyCity’s business is gambling, is really dumb, so we’ll ignore it.)

Speaking of VIP gambling, or ‘International Business’ (IB) in SkyCity terminology, the year’s win rate was an unlucky 1%, down from 1.32% in the previous fiscal year. That spoiled what was record IB turnover of NZ$14.1b, up 19% year-on-year, although part of the reason turnover was so high was because VIPs kept winning so they had more to play with. The net result was IB revenue falling 40% and earnings sliding 91% year-on-year to just NZ$3m. Ouch.

As for the ‘local’ business, SkyCity’s flagship Auckland property reported record earnings thanks to higher visitation and a 7.4% rise in gaming machine revenue. The Hamilton and Queenstown casinos merely held their own while the sole remaining Aussie casino in Adelaide saw its earnings fall nearly 7% due to weaker main floor gaming and ongoing construction issues.

SkyCity’s next earnings report will have a new product vertical to discuss following last week’s launch of its new Malta-licensed online casino. That launch followed a ‘brand refresh’ in July that the company said reflected its new role as a “diverse, dynamic entertainment company.”

SkyCity is currently sitting on around NZ$450m in spare cash, having sold not only its Darwin casino but also its main car parks in Auckland. The company has no major acquisitions on the horizon, so it’s planning to buy back up to 5% of its outstanding shares to ensure shareholders don’t focus on the dodgy ‘reported’ numbers.

Going forward, SkyCity warned that it was looking at “a more challenging and uncertain operating environment domestically and internationally.” The company expects the next two years to be “transitory” ones for the company, which has some major projects on the go.

SkyCity’s long-delayed NZ International Convention Center in Auckland is now expected to complete construction by the end of 2020, with the venue not expected to host its first events until early 2021.

SkyCity recently purchased some lakefront land in Queenstown on which it hopes to build a hotel. Pending regulatory approval, the plan is that the hotel would feature what CEO Graeme Stephens called “some high-end gaming” that would be off-limits to Kiwi riff-raff, who would have to make do with the existing Queenstown wharf casino.