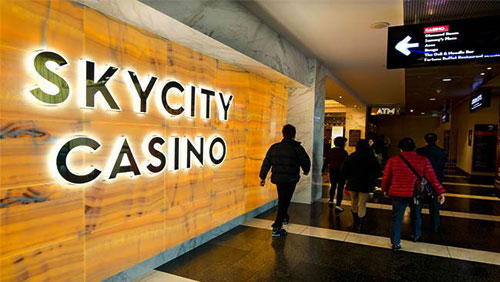 SkyCity Entertainment saw a significant boost in revenue for the previous fiscal year thanks in no small part to an increase in its international business. The company, which operates six casinos in Australia and New Zealand, reported a net profit after taxes of $113 million, an increase of 10% over the previous year. It also showed a 5.5% increase in its EBITDA (earnings before interest, taxation, depreciation and amortization) of more than $251 million.

Needless to say, SkyCity’s CEO, Graeme Stephens was “really pleased” with the results. He said, “I’m particularly encouraged by both the strong rebound in our International Business and a return to earnings growth in Adelaide and Darwin on a like-for-like basis. Set alongside the continued growth of our flagship Auckland property on a record previous corresponding period and a solid result from our Hamilton site, the group’s performance provides us with confidence that we can continue to deliver on our key strategic initiatives and major projects over the coming year.”

Five of the company’s six casinos saw higher earnings than they did the previous year. The company’s only black sheep was the Darwin casino, which saw a higher than average number of jackpot wins for its Keno 10-spot game. If it weren’t for that, it “would have seen Darwin earnings up 6.7 percent on the previous year.”

Perhaps the jackpot wins have left a sour taste for SkyCity, which has mentioned on a couple of occasions that it is considering selling the property. One possible suitor is the Pau Jar Group out of Taiwan, but Stephens has said that the company is still reviewing all bids, which were higher than book value, and won’t make a decision for the next couple of months.

SkyCity’s Hamilton casino and hotel reported record earnings of $20.6 million for the year, up 4.3%. The company’s two locations in Queenstown increased 57% to reach $1.56 million and the Adelaide property, which is currently undergoing a $245-million redevelopment plan, saw its EBITDA increase by 13% to $16.7 million.

As with the previous fiscal year, the two hotels and the casino in Auckland were the big winners. They reported a combined EBITDA of $180 million, with an increase in gaming revenue of 2.6% and non-gaming revenue of 4.6%.