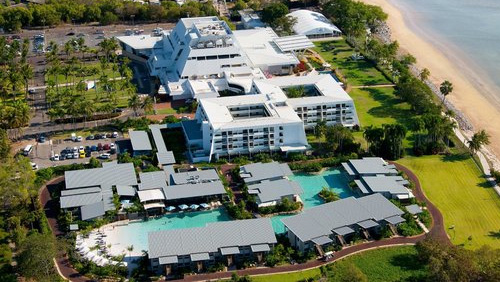 In November 2018, SkyCity Entertainment Group announced that it was selling its property in Darwin to Delaware North, a U.S.-based gaming and hospitality company. The deal was worth $137 million to SkyCity, provided Delaware North was able to secure funding and regulators approved the transaction. All those conditions have been met, as Delaware North is now the proud owner of the SkyCity Darwin.

The final handover will take place this Thursday, April 4, but this is nothing more than a formality. Gambling regulators and pertinent government entities have signed off on the deal and Delaware North had no difficulty locking up the funding.

According to SkyCity CEO Graeme Stephens, “We are pleased that the sale of SkyCity Darwin is now unconditional. The sale is consistent with our strategy to sell certain non-core assets and to allocate capital to assets and businesses which we feel are better aligned with our long-term strategic objectives.”

Adjacent to SkyCity Darwin, and part of the complex, is Little Mindil. This property was not included in the transaction and SkyCity is hoping to sell it separately sometime in the future. As part of the Delaware North deal, SkyCity will be allowed to access VIP and premium gaming facilities at the venue for at least two years. This is in order to allow the company to continue catering to its international business customers.

SkyCity Darwin has seen improvements in its financial operations recently, but the company is moving in a different direction. It wants to focus more on its home base of New Zealand and its expansion into Adelaide. Stephens asserts, “Selling was not an easy decision. We’re proud of our contribution to Darwin and the Northern Territory over the past 14 years. Since we purchased the business in 2004 we’ve developed Darwin’s casino into an integrated entertainment destination, refurbishing the resort, adding new restaurants, bars and VIP facilities, a new 5-star resort hotel and supporting various community events.”

Delaware North co-CEO Lou Jacobs adds, “Australia has been a second home for Delaware North for 30 years. We are thrilled to have grown our business into a diversity of operations across the country, which has been possible because of our incredibly talented and diverse workforce of more than 10,000 people.”

None of the 650 employees at the facility is expected to be let go as a result of the ownership change.