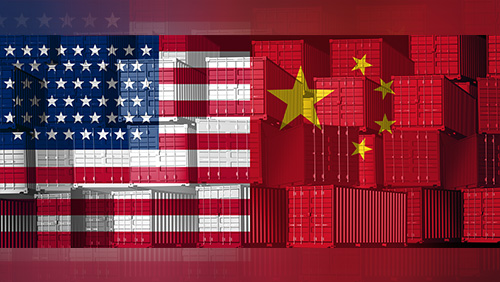 The trade war between the U.S. and China seems to be more volatile than ever. Just as soon as word gets around that the two countries may have reached some type of agreement, things begin to fall apart again. As the two sides continue to battle for position, the global stock markets are taking a beating and the gaming industry is finding itself not immune to the bickering. With a fall in the value of the yuan and increased global tensions, gaming stocks are taking a hit.

Casino.org points out that U.S.-based casino companies saw their stocks fall yesterday as a result of the trade war. Specifically, those casino operators with properties in Macau suffered, with Las Vegas Sands dropping 4.5%, MGM Resorts dropping 2.5% and Wynn Resorts falling more than 7% in afternoon trading on Monday. By the time the markets closed, they were down 4.13%, 2.48% and 8.6%, respectively.

Their Asian subsidiary also dropped. Sands China fell 3.19%, MGM China lost 8.88% and Wynn Macau is trying to recover from a 6.92% deficit. Other Macau operators, such as Melco Resorts, Galaxy Entertainment and SJM Holdings, also lost between 4.5% and 6.3%.

The Chinese yuan is at its lowest point in over a decade, a result of what President Trump calls currency manipulation on the part of the country’s leaders. The drop occurred after Trump announced he was considering a new round of tariffs on approximately $300 billion in Chinese imported products, and the reduced value allows China’s merchants to offer more attractive prices on a global level. Trump states, “China is intent on continuing to receive the hundreds of billions of dollars they have been taking from the U.S. with unfair trade practices and currency manipulation. So one-sided, it should have been stopped many years ago!”

The dollar is now worth seven yuan, which has caused all markets to begin to crawl, but at least one analyst is remaining optimistic. The co-founder of DataTrek Research, Nick Colas, told Yahoo Finance that the drop could be a good thing, explaining, “It could be good for U.S. stocks in two ways. First, yields will decline, as global investors seek out safe-haven assets like Treasuries. That helps valuations. Second, it accelerates the move out of global equities (especially emerging markets) and into U.S. stocks.”

This assertion doesn’t change the fact that the global economy has received a blow. The Dow Jones Industrial Average, the Nikkei Index, the German DAX, the UK’s FTSE 100, South Korea’s Kospi and France’s CAC 40, among others, are all down after the latest in the ongoing dispute.