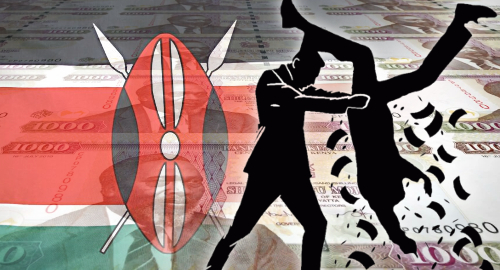 On Wednesday, KRA Deputy Commissioner Elizabeth Meyo told the Senate Committee on Justice, Legal and Human Rights that the government’s “raised assessments” put the outstanding back-tax bill at Ksh61b (US$585.7m) owed from 72 licensees of the Betting Control and Licensing Board (BCLB), including the 27 betting operators whose licenses were suspended on July 1.

That’s a significant boost from the Ksh26b that Interior Cabinet Secretary Fred Matiang’i claimed the government was owed from its gaming sector back in May. It’s also a complete misrepresentation of what the betting operators actually owe, at least, according to the betting operators.

The dispute centers on whether or not the BCLB-licensed sites are withholding 20% of punters’ winnings, as was required under a law that was suspended in 2016 but re-introduced last year. Companies like SportPesa have argued that legal challenges by angry bettors have prevented them from collecting this tax. SportPesa and other operators have also mounted their own challenges of the KRA’s efforts to collect the alleged arrears.

Capital FM quoted Meyo saying that the dispute with the reluctant firms was based on their misinterpretation of Kenya’s new gambling laws, which were passed last year. The previous law held that the 20% tax applied to net winnings, i.e. winnings minus the amount staked, while Meyo said the new law “removed provision for deduction of amounts staked,” meaning the tax applied to winnings, period.

Meyo added that the KRA’s job was to collect taxes and thus it “cannot sit back, wait and come back to Parliament and say, the [gaming] sector wilfully refused to comply” with the law. Meyo claimed that that “the majority of firms have come forward and made acceptable payment arrangements,” while the KRA was “still engaging the remaining few” who have yet to knuckle under.

SportPesa CEO Ronald Karauri, who also attended Wednesday’s hearing, said the committee shouldn’t allow the KRA to “abuse their powers to intimidate the business,” adding that “they tell you to pay first, argue later.” Karauri pleaded with the committee to allow his company to resume its operations “because we cannot get into negotiations when we are out of business.”

SportPesa and other suspended licensees had their digital payment processing channels cut off in mid-July. The betting companies argued that this was illegal, given that a court had issued a stay on the suspension of their licenses.

The committee members weren’t overly impressed with the government’s actions, and summoned Matiangi’i and BCLB bigwigs to appear before a follow-up hearing on Thursday to explain themselves. Committee chair Samson Cheragei noted that if the government starts “treating court orders as tissue papers, we will end up with a country that does not obey the rule of law.”