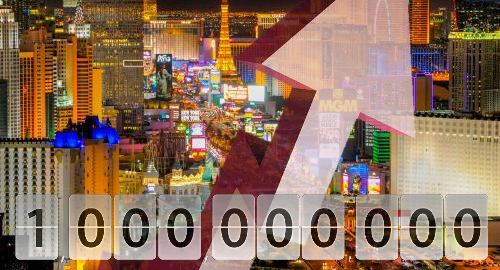 Nevada casinos snapped a five-month losing streak in the month of June, posting a large enough gain for a small gaming revenue increase for the state’s fiscal year.

Figures released Tuesday by the Nevada Gaming Control Board showed statewide gaming revenue of $1.04b in the month of June, an 11.5% improvement over the same month last year. It’s also the first month this year that the state has produced a year-on-year revenue gain and the first time since March that the revenue total has topped the $1b mark.

Over at the sportsbooks, revenue slipped 18.1% to $18.9m despite wagering handle setting a new June record of $322m. That surge allowed Nevada to regain the crown from rival New Jersey, which reported betting handle of $273m in June.

Nevada’s June betting revenue was driven by baseball ($11.6m, -8.3%) and ‘other’ sports, which fell 44.6% to $4.6m, largely due to last June enjoying a surge from the opening of the FIFA World Cup. Basketball contributed a mere $946k (-276%) while the books paid out $637k in overdue football winners. The state’s race betting books reported revenue falling nearly one-fifth to $3.3m.

Nevada’s fiscal year ended on June 30, and the state reported total gaming revenue of $11.9b during the past 12 months, a modest 0.8% improvement over the previous fiscal year’s total. That’s a slower growth rate than the 3.2% the state reported last July and the calendar year-to-date revenue figure is currently down 0.2% below the first six months of 2018.